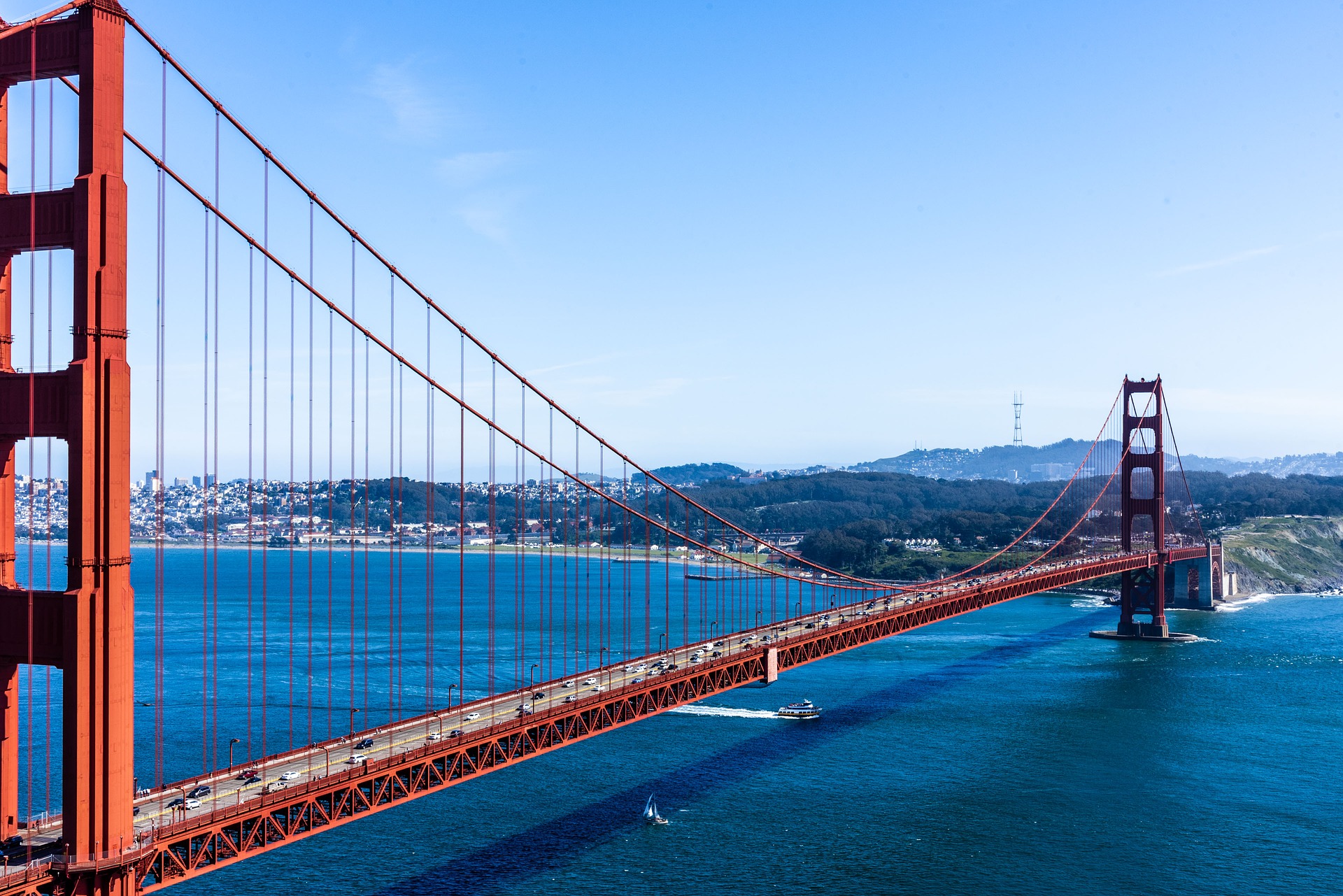 Positioned on the tip of a pretty peninsula in northern California is the city of San Francisco. Enclosed by San Francisco Bay and the Pacific Ocean, the fourth most-populous city in California offers a feast for all the senses, with its mishmash of cultures, striking architecture, delectable cuisine, unique art and annual festivals.

Let’s not forget about the music, museums and affluence of attractions, either! On that note, what do you intend on doing during your visit?

A City with Many Nicknames

You may have heard people referring to San Francisco as “The City by the Bay”, “Fog City”, “Golden Gate City” or “Frisco”. Boasting a diverse landscape, it’s not surprising that the majestic metropolis (also known as “Baghdad by the Bay”) has earned so many nicknames over the years.

Make sure your time spent in “The Paris of the West” is as memorable as possible by adding the following must-visit sights to your travel itinerary:

A famous landmark that pulls in millions of visitors each year, this suspension bridge extends for 2,737 meters between San Francisco Bay and the Pacific Ocean. Dominating the landscape at 227 meters tall, the bridge truly is a sight for sore eyes. One of the best ways to learn about the history of the bridge, from its construction to the day it was completed, is to embark on one of the tours that take place on the red-orange spectacle every day.

Don’t miss an opportunity to ride on-board the last manually operated cable car system in the world! Making up a segment of San Francisco Municipal Railway intermodal urban transport network, these cable cars run along 23 lines that were developed between 1873 and 1890. Every morning at 6:00 am, the cable cars set off on a journey weaving through the city’s steep hills. They continue moving until the clock strikes midnight.

Of all the Chinatowns scattered around the United States, the one you will find in the city of San Francisco is without a doubt one of the most magnificent. It is known for being the most ancient Chinatown in the nation, not to mention the most established. It is a densely populated network of maze-like streets, dim sum eateries, narrow alleys, colorful buildings and impressive architecture, such as the Dragon’s Gate.

An island tour to Alcatraz is a must for anyone who is intrigued by the history of one of the world’s most famous prisons. Formerly a military prison, the cellhouse is surrounded by various species of wildlife and a flourishing natural landscape. Learn about what really happened inside the prison by participating in behind-the-scenes experiences.

Make sure you see this sight on an empty stomach. There are numerous food and drink hot spots scattered around Union Square and so, you’ll likely be tempted to treat your taste buds inside more than one! The public plaza is a shopper’s paradise and it also boasts some of the best theatrical entertainment in the city. The plaza is enclosed by Stockton, Post, Powell and Geary Streets.

A day beside the seaside will most certainly leave you with a smile on your face. That’s exactly where this neighborhood sits. Rimmed by the ocean, the eye-catching neighborhood exhibits Italian heritage in its intricate architecture and quaint restaurants. The area is drenched in diversity, with ethnic culture intertwined throughout the snaking streets. Indulge in a leisurely stroll along the scenic sidewalks, let your hair down at one of the social bars or window shop near Washington Square Park.

A premier medical cannabis dispensary has earned a reputation as one of San Francisco’s newest and most interesting landmarks. Inside this extravagant cannabis store, you will find an outstanding range of indica, sativa and hybrid cannabis strains, as well as cannabis edibles, liquids, lotions, concentrates, pre-rolls, apparel, bags, books, papers, vaporizers and more. The store also stocks a potent selection of crystalline, sugar wax, shatter, rosin and crumble! Delivery service is available, but you really ought to stop by and peruse the pot-lover’s storefront if you’re spending time in the city.

Preparing for a Trip to The Green Cross

What better way to wind down after a day of sightseeing than by visiting a San Francisco dispensary as well-respected as The Green Cross? Medical marijuana dispensaries are a fairly new concept and so, you’d benefit from learning a bit about what to expect, so as to amplify your experience.

Obtaining a medical marijuana card from your doctor or at the very least, a written recommendation, is essential for procuring medical-grade pot products. Prepare to wait your turn, as the budtender serves each customer individually, and spend some time browsing the menu to get an idea of your preferred consumption method, e.g. edibles, capsules or oils. Don’t forget to bring a valid form of identification and cash with you.

Was this article helpful and informative? Leave us a comment with your thoughts in the section below.