The Netherlands is often thought of as a place to enjoy the countryside, with its famous landscape of flower-filled fields, slow-flowing rivers and windmills, but it also has some amazing cities which really deserve to be seen. You’ll find them fascinating places to explore, each with its own distinctive personality. 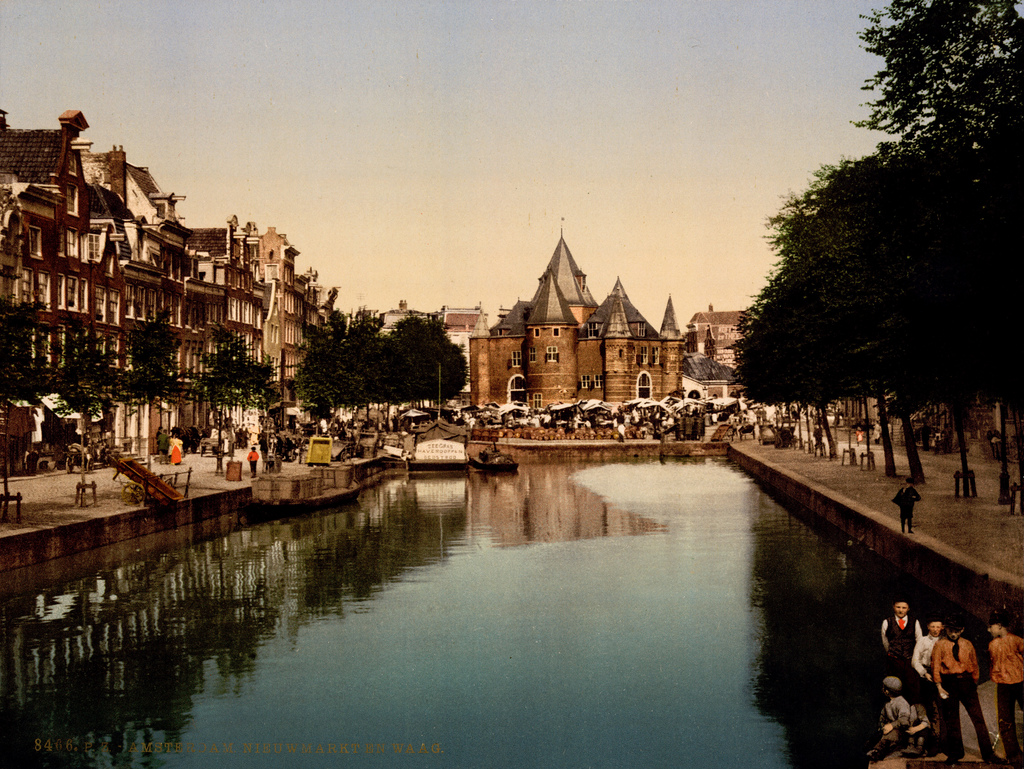 Few cities are as vibrant and cosmopolitan as Amsterdam, where people from across the world have been coming together for centuries to trade and share their cultural wealth. It’s home to the Van Gogh Museum, which has the greatest collection of works by the artist anywhere, and to the Rijksmuseum, with its fabulous Rembrandt collection. It’s famous for its diamonds, which you can watch being cut and beautifully displayed, and for its chocolates, which you’ll find on sale in specialist shops.

High-end fashion boutiques also dot the streets and although this is a city famous for its student hostels, benefiting from a lively atmosphere as a result, you can also find boutique apartments for vacation in Amsterdam. Whether you’re walking along the cobbled streets or cruising along the canals, this is a city that always feels special, and that’s even before you’ve dined in its amazing gourmet restaurants.

Rotterdam stands out as the Netherlands’ most sophisticated modern city. It’s not the best destination to choose if you’re interested in picture postcard Dutch life, though you’ll find plenty to admire in the historic Delfshaven area with its gabled buildings and canals, but it features some stunning examples of modern architecture, such as the Cube Houses and the Erasmus Bridge, and it has a lively nightlife and music scene.

You’ll also find an impressive Center for Contemporary Art and museums celebrating its architectural and maritime heritage. Festivals – including an international film festival, a jazz festival, a summer carnival and a romantic music festival – are held in the city throughout the year, so there’s always something different to do.

The capital of the Netherlands, sometimes called the judicial capital of the world because of its important role in historic international cases, The Hague boasts elegant classical and baroque architecture well suited to such a prestigious role. The jewel of the city is Binnenhof, a collection of 13th century gothic buildings overlooking Hofvijver lake which were once home to King William II.

Visit the Mauritshuis museum to see the royal collection of Dutch golden Age art, which includes masterpieces my Rembrandt, Brueghel, Holbein and Vermeer – or visit the Louwman museum if you prefer to celebrate the artistic perfection of classic cars. When your feet get tired, head for the Pier Scheveningen and look out across the city from the Ferris wheel, or simply stretch out on the sand and relax.

Centrally located besides the tulip fields of Bollenstreek, Haarlem is a small city with a big personality. It’s known for its distinctive riverside windmill and attracts visitors from all over the country because of its vibrant and diverse shopping district and its lively outdoor markets.

People travel from much further afield to visit the gothic Grote Kerk or St Bavokerk there, home as it is to one of the world’s largest and most magnificent Müller organs, which was once played by Mozart, Handel and Liszt. But there’s plenty to enjoy here in the humbler aspects of the city, from its cobbled streets and cool canals to its tall gabled houses, each of which has its own unique design.

If you want to see something of traditional Dutch life in a place less focused on tourism, you’ll love the picturesque western city of Delft, where multicolored buildings line the canals and there are cobbled squares and flower-filled gardens where locals gather to enjoy the sun.

The city is known for its iconic blue and white pottery and as the birthplace of the painter Johannes Vermeer, some of whose work remains on display in its most popular museum. It was once home to the royal House of Orange, whom you can learn about in the Museum Prinsenhof Delft, and whose tombs you can see in its Nieuwe Kerk (new church), but it’s the medieval Oude Kerk (old church) that mot impresses visitors with its handsome architecture.

With so many fantastic places to explore, all within easy traveling distance of one another, it’s no wonder that the Netherlands is an enduringly popular destination. While it’s often considered a gateway to continental Europe, there’s so much to do you may not want to leave.