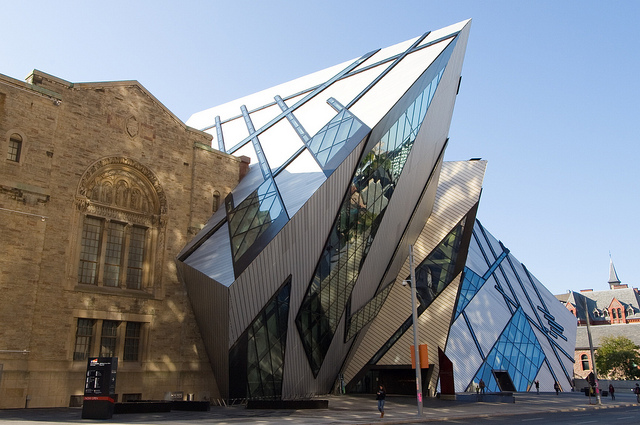 When you think of museums you often think of the greatest hits. The Louvre, The MoMA, The Smithsonian. While these are world classes establishments worthy of visiting, Canada also has some great museums worthy of your consideration. In order to track down some of the Great White North’s best I decided I needed to consult with a travel expert that was dialled into the Canadian museum scene. So, I reached out to JustFly, an online travel company that has helped numerous tourists, and Canadians as well, track down the best attractions. They gave me their top three picks for Canada’s best museums.

Featuring a massive collection of artwork, the Montreal Museum of Fine Arts is Montreal’s largest museum and one of the city’s most popular museums according to JustFly’s review. Located in downtown Montreal near the beautiful McGill University Campus, the Montreal Museum of Fine Arts was inaugurated in 1879 after a generous gift from Benaiah Gibbs consisting of 72 paintings and four bronze sculptures. The museum itself has the designation of being the site of Canada’s largest art theft when in 1972 armed robbers made off with what would now be over $11 million in art. The art itself was never recovered and the robbers were never caught. Among the stolen art was a Rembrandt landscape painting that today would be worth $1 million.

With a facility that is built from the underground up, The Royal Ontario Museum (ROM) is one of Canada’s most well-known museums. Located near the University Of Toronto campus, your ROM experience starts as soon as you get off the metro at Museum Station. The platform itself is designed with numerous ancient civilization-themed pillars and works. Once upstairs you are on the museum campus proper. So, what awaits inside? Probably one of the coolest collection of fossils in the country. Not only do you have a huge collection of fan favourite dinosaur bones, but you also get a chance to check out more modern fossils, including massive ground sloths, giant deer, and mega bears. While less well known than a t-rex or velociraptor, these fossils give you a look at ancient life that many museums skip over in favour of dinosaurs. Other cool features of the museum include the bat cave, a real life simulation of walking through a terrifying bat cave according to JustFly.

While it may not be the largest or busiest museum in Canada, The Royal Tyrrell Museum of Palaeontology has the benefit of being located near one of the world’s most fertile fossil hunting grounds. Dinosaur Provincial Park is one of Alberta’s biggest attractions for both tourists and fossil hunters alike. Back to the museum, The Royal Tyrrell Museum of Palaeontology was founded in 1985 as a means of providing a suitable place for scientists to process fossils which, prior to opening, were required to be sent to other facilities across the country. Named after the coal hunter who discovered the dinosaur badlands, the museum features 4,400 square Metres of exhibits. The big attraction is Dinosaur Hall which features roughly 40 mounted dinosaurs including Tyrannosaurus Rex, Albertosaurus, Stegosaurus, and many more.