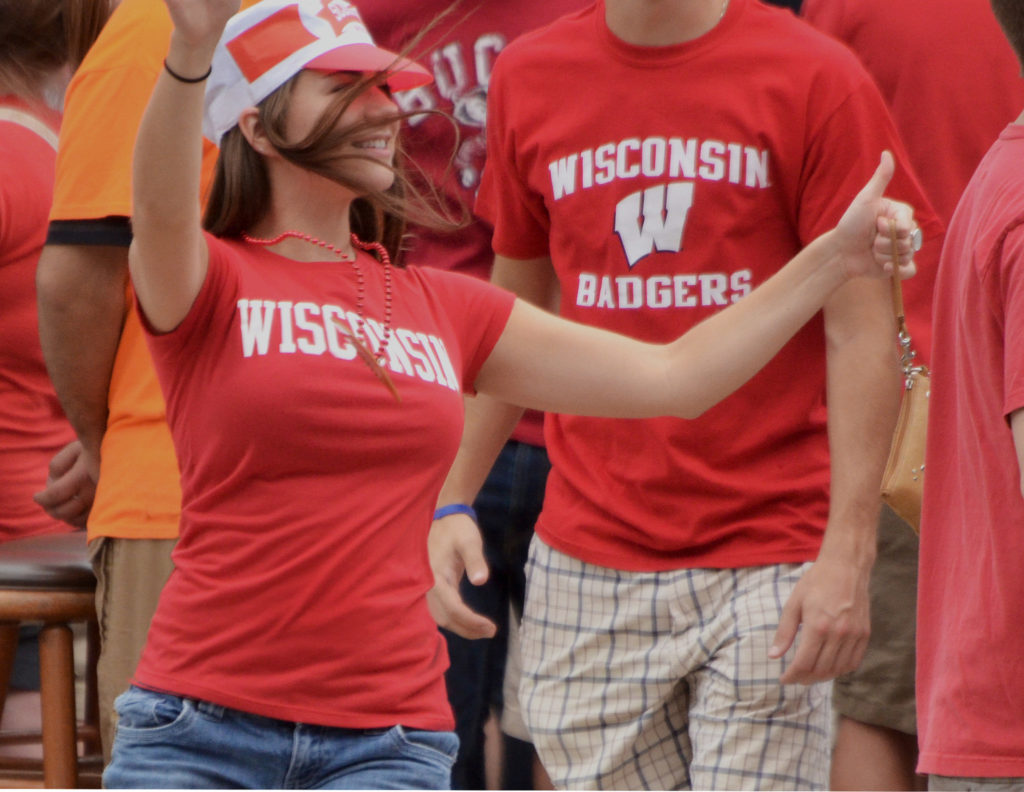 Because of the age of so many of the American colleges that still exist today, many of them have a rich and interesting history of notable students, team successes and the transformations which they have seen throughout their years. AS part of this focus on colleges and the teams which are attached to them, today we are going to take a look into the world of the Wisconsin Badgers and I have ex-student Sandy Petrocelli on hand to give me the low down on who the Badgers are, what they have achieved and how on earth they got that name. So without further ado, here is a brief look at the Wisconsin Badgers.

The name Badgers comes from the nickname of the state of Wisconsin ‘The Badger State,’ the reason for this is that when miners started to appear in the state in the early 1820s, they were forced to burrow into the hillsides to create shelter for them during the harsh winter months, just like badgers.

The University took on the Badger name in 1889 and they adopted a badger as their mascot. In 1949, following an on-campus contest, the badger was named ‘Buckingham U. Badger’ or “Bucky Badger”. In 2003 the University attempted to use a live badger as its mascot at football games but after being deemed too fierce, the mascot reverted back to the dressed-up mascot.

The Badgers football team is widely considered to be one of the most successful of the Big Ten ever since the earliest 90s when they went through a golden period under then-coach Barry Alvarez. Under the coaching of Alvarez, the Badgers team went on to win three Rose Bowls and three Big Ten Championships. The football team plays their games at the Camp Randall stadium which is one of the oldest in all of college football and one of the largest too with a capacity of over 80,000.

The men’s basketball team have also seen a great deal of success and they have made it to the NCAA Final Four, four times throughout their history, winning it once in 1941. Currently there are 5 former Badgers players who are playing in the NBA: Sam Dekker, Frank Kaminsky, Devin Harris, Greg Stiemsma and Jon Leuer.

Women’s Ice Hockey has been on the rise ever since the team first came into being in 1999 and between the years of 2006 and 2016, the ladies team have seen a great amount of success. The Badgers ice hockey team won four NCAA Championships during these years and appeared in the Final Four each and every year since 2006.

The Badgers have also seen notable success in both swimming and track and field and the university is considered to be a college of excellence when it comes to nurturing fresh talent in a wide range of sports and disciplines.