Despite recording its worst January in three decades this year, down 2.7% against a basket of other major currencies including the pound, the U.S. dollar had been on a bull run since Donald Trump’s shock presidential election victory in November. One British pound currently buys around $1.25, down from $1.35 immediately prior to the Brexit vote. Experts such Mark Astley, CEO of currency management specialists Millennium Global, expects GBP to drop to as low as $1.2 by some point over the course of 2017. With most analysts expecting the USD to resume its surge over the course of 2017, what impact would a dollar-on-steroids have on the UK’s economy? 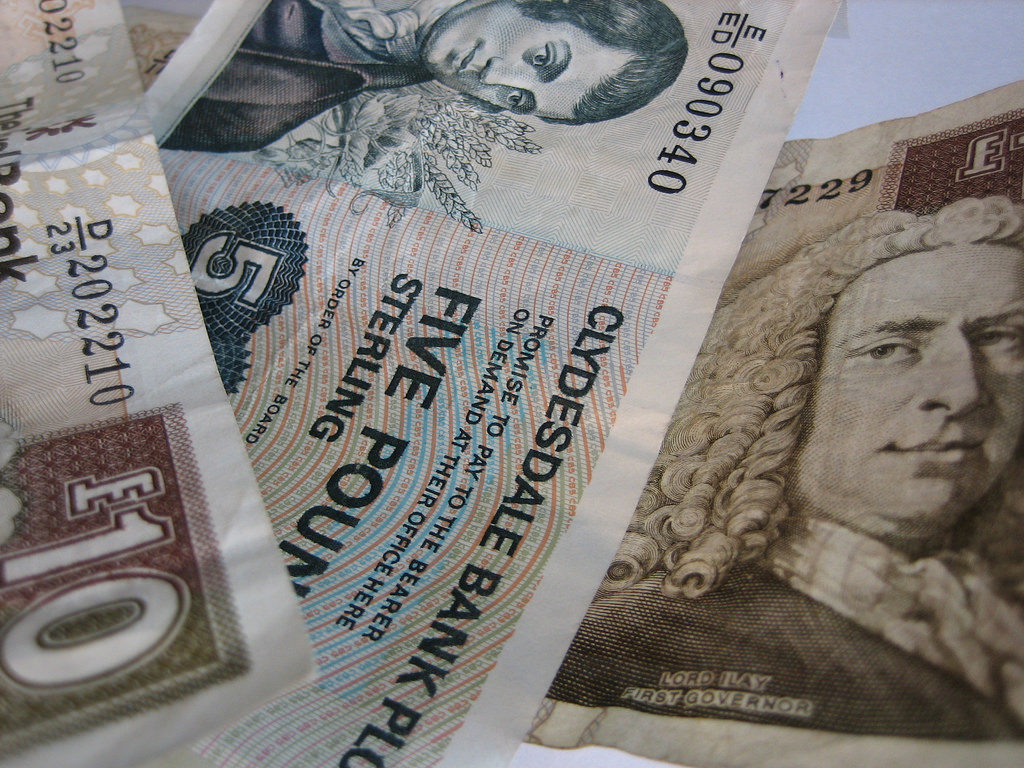 As with most things in an increasingly integrated global economy, changes in the relative relationship between currencies have advantages and disadvantages. This is especially the case when it comes to the pound’s position against the dollar. As the world’s reserve currency, commodity prices are dollar denominated. Changes in the dollar’s strength affects the price of all the raw materials or manufactured goods we consume in the UK, including oil, gas, gasoline, metals, other materials and foodstuffs. A significant part of all international trade of raw, processed and manufactured goods is also dollar denominated.

However, the price of anything that requires the input of local British labour, manual or intellectual, gains an advantage in an international context if the pound is weaker against the dollar. This leads to a complex picture of how a GBP/USD exchange rate of £1.00:$1.20 will impact the overall economic picture here in the UK. Let’s look at some of the main pluses and minuses and what the dollar surge will mean.

Exports more competitive: a stronger dollar, and weaker pound, makes British exports, both products and services, cheaper for dollar buyers, or those using currencies pegged to the dollar such as most countries in the Middle East. This means that British manufacturers and service providers should see an increase in exports. Big blue chips such as pharma company GlaxoSmithKline or aerospace firm BAE Systems will be more competitive against American peers such as Pfizer and Boeing. The same of course also applies to smaller companies who could take advantage of a stronger dollar to increase their market share in the U.S. or other international markets.

Or more profitable: a large percentage of British exports are higher value goods and services, which are less sensitive to price changes than cheaper manufactured goods. Even exporters who choose not to take advantage of a more expensive dollar by discounting dollar prices will have an advantage.

Many of the big companies listed on the London Stock Exchange derive a large part of their revenues abroad, a significant percentage of that in dollars. Or, in the case of big oil and commodities companies such as BP and Glencore, deal in dollar denominated commodities such as oil and metals. If goods or services are sold in dollars that will boost companies’ margins when the revenue is converted back into pounds.

British Goods and Services Sold Domestically: the same logic also works on home turf. As well as British exports being more competitive or profitable, imports denominated in dollars would become more expensive. The result of that would be British consumers showing more favour for domestically produced goods and services.

The UK’s Current Account Deficit: a stronger dollar leading to an increase in exports and a decrease in suddenly more expensive imports would help reduce the UK’s current account deficit. Since the 80s, the UK has had a current account deficit every year, one that hit a record level of 7.3% of GDP in Q4 2015 and has remained not far off that since.

A fall in imports with British equivalents comparatively cheaper, an increase in exports and the value of dollar denominated commodities such as oil products boosting revenues in pounds for British companies such as BP will all help lower that deficit, which would be good for the economy.

Tourism: a stronger dollar will encourage tourists from the U.S., and other countries with currencies closely correlated to or pegged to the dollar, to visit the UK, boosting the tourism industry. ‘Staycations’, would also likely become more popular for Brits put off visiting the U.S. and other dollar-centric economies by the higher expense. At least a portion of those tourists would be expected to take their holiday at home in the UK.

Foreign Investment: a strong dollar would also be an advantage for the UK’s economy when it comes to encouraging investment into the country from the U.S., Middle East and other dollar-centric economies. Investors would get comparatively more bang for their buck when investing in British businesses or real estate.

Inflation: the biggest disadvantage of a stronger dollar to the UK’s economy would be an almost certain increase in the rate of inflation. While some imports would be substituted by British equivalents, not all can be. Transport and heating costs would go up as oil, gas and coal are all dollar-denominated commodities. Much of the food we eat is imported and sold in dollars, such as grains or fruits and vegetables. Even British companies such as Weetabix import part of the cereals they use to manufacture their finished products in the UK. A stronger dollar over a sustained period would make everything from iphones to our heating bill, filling up the car and breakfast cereals more expensive.

Higher expenses for manufacturers: a greater or lesser part of the benefits British manufacturers will gain from a strong dollar will be cancelled out by the fact the raw materials most buy or import are dollar denominated. So, while revenues earned in dollars will be higher when converted back into pounds, the materials and components many use will be more expensive.

Reduced global demand for energy and hard commodities: the flipside to a stronger dollar for big British companies in the oil and gas industries or commodities markets is that a stronger dollar will weigh on global demand for these dollar-denominated products. This will dilute at least some of the benefit of revenues adding up to more when converted back into pounds.

While the list of advantages the British economy would likely see from a stronger dollar may seem longer, the impact of inflation, especially in food, fuel and heating costs, would likely be significant in terms of its economic impact. With so many competing factors, there is no cut-and-dried certainty as to the final overall advantage or disadvantage to the UK economy of a stronger dollar. However, most experts believe that a stronger dollar would, on balance, be a slight advantage for our own economy.