On your next trip to Denmark, give yourself the royal treatment. Visit castles and palaces of old during the day, and stay at luxurious Copenhagen hotels during the night. There’s plenty to see in Copenhagen and no reason you shouldn’t feel like a king or a queen while you take it all in. Here are just some of the most regal spots in the city and the unique accommodations nearby. 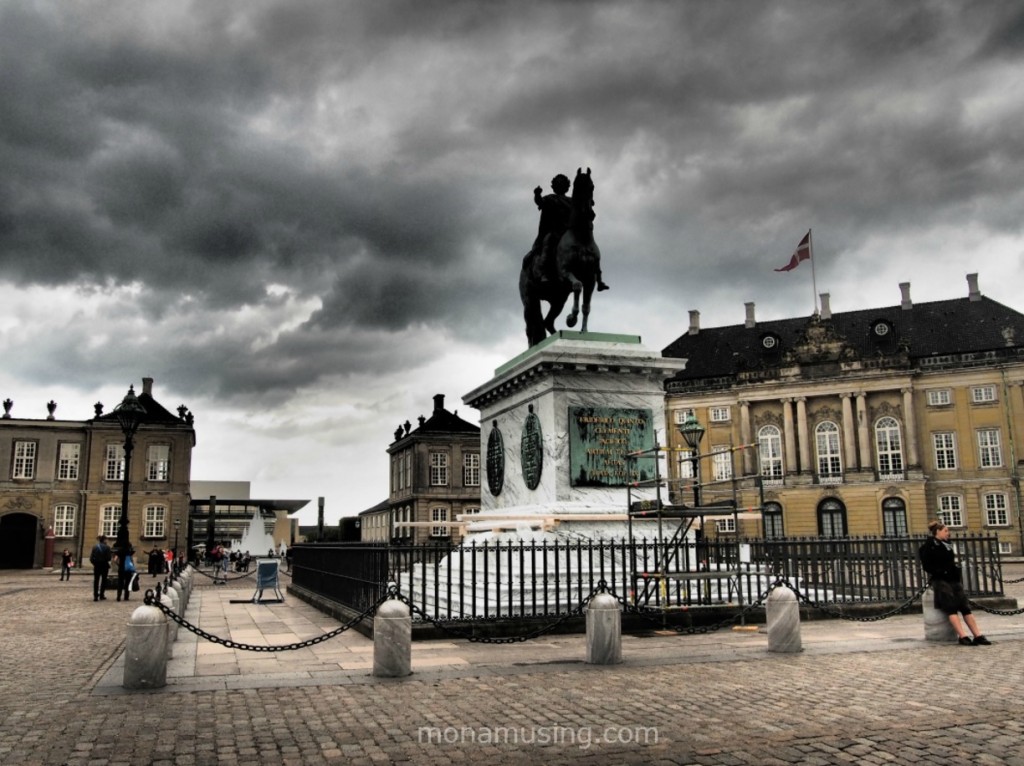 Photo by Mona Musing via Trover.com

The current palace of the Danish royals stands on the eastern edge of Copenhagen. There are plenty of shops and restaurants nearby, as well as the park Amaliehaven. The royal atmosphere extends beyond the palace square and into the park in October, when the park becomes host to a knight’s tournament and medieval market. If you’re a fan of Renaissance fairs, there is no place for a more authentic medieval experience.

The palace square is free for pedestrians to walk through. One building, formerly Christian VII’s palace, is now a museum, where royal artifacts, furniture, documents, and models are on display. The building is identical to the other three buildings that make up the rest of the palace, so walking through it is like walking in royal footsteps.

After your visit to the royal palace, consider spending the night at luxury Hotel D’Angleterre. The Royal Suite there features gold gilding and a gorgeous chandelier. You’ll feel like royalty while you enjoy a dip in the expansive indoor pool or get special treatment at the hotel spa. The balcony lets you look down over Copenhagen’s King’s New Square (Kongens Nytorv). You can even see Amalienborg in the distance.

The Crown Jewels at Rosenborg Castle 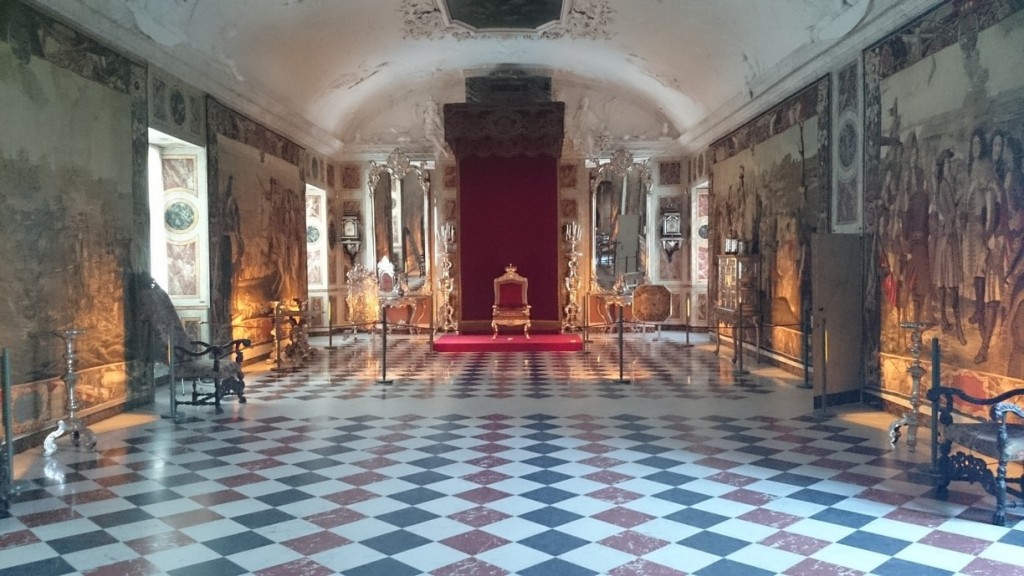 Photo by Aaron A via Trover.com

Now that you’ve walked in the footsteps of Danish royals, the next step is to get as close to their riches as possible. Rosenborg Castle is the current home of the Danish crown jewels, which include jewelry made from gold, diamonds, rubies, pearls, and some of the finest emeralds in the world. The collection at Rosenborg also houses coronation thrones, life-size lion sculptures made of silver, paintings, tapestries, and King Christian IV’s own private quarters within the castle.

The King’s Garden (Kongens Have), a beautiful park with gardens to impress any visiting royals, surrounds the castle. More parkland nearby has botanical gardens, a geological museum, and an art museum. Within walking distance is the Round Tower, another construction of King Christian IV and the world’s oldest functional observatory.

A wonderful hotel nearby is the 4.5-star luxury hotel Skt. Petri. The shiny hardwood floors offer plenty of space and the suites’ terraces are certainly large enough for an entire royal entourage. 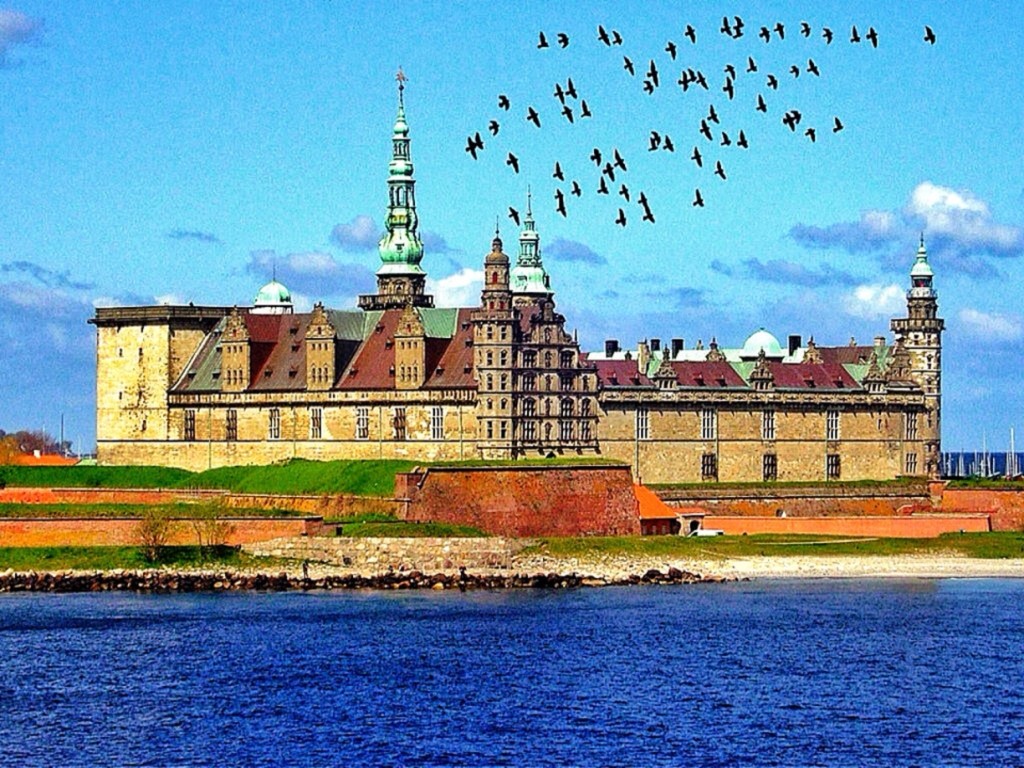 Photo by Nathan Woods via Trover.com

Kronborg is located north of Copenhagen in Helsingør, but it is still considered to be one of Copenhagen’s royal landmarks. It housed Denmark’s royal family from about 1585 to the late 1600s. The castle is also the setting of Shakespeare’s Hamlet. You’re not likely to be visited by ghosts of ancient kings while you’re there, but you can see an open air performance of the play if you go in the summer.

For a great hotel stay on the north coast of Denmark, try the Hotel & Casino Marienlyst. The hotel has been a frequent host to royal guests since 1861. Now it hosts concerts, fine dining, and modern amenities. It’s within walking distance of Kronborg and several parks along the coast. This hotel is ideal for guests looking to stay in their own version of a castle by the sea. Who knows, you might even win a royal fortune at the casino! 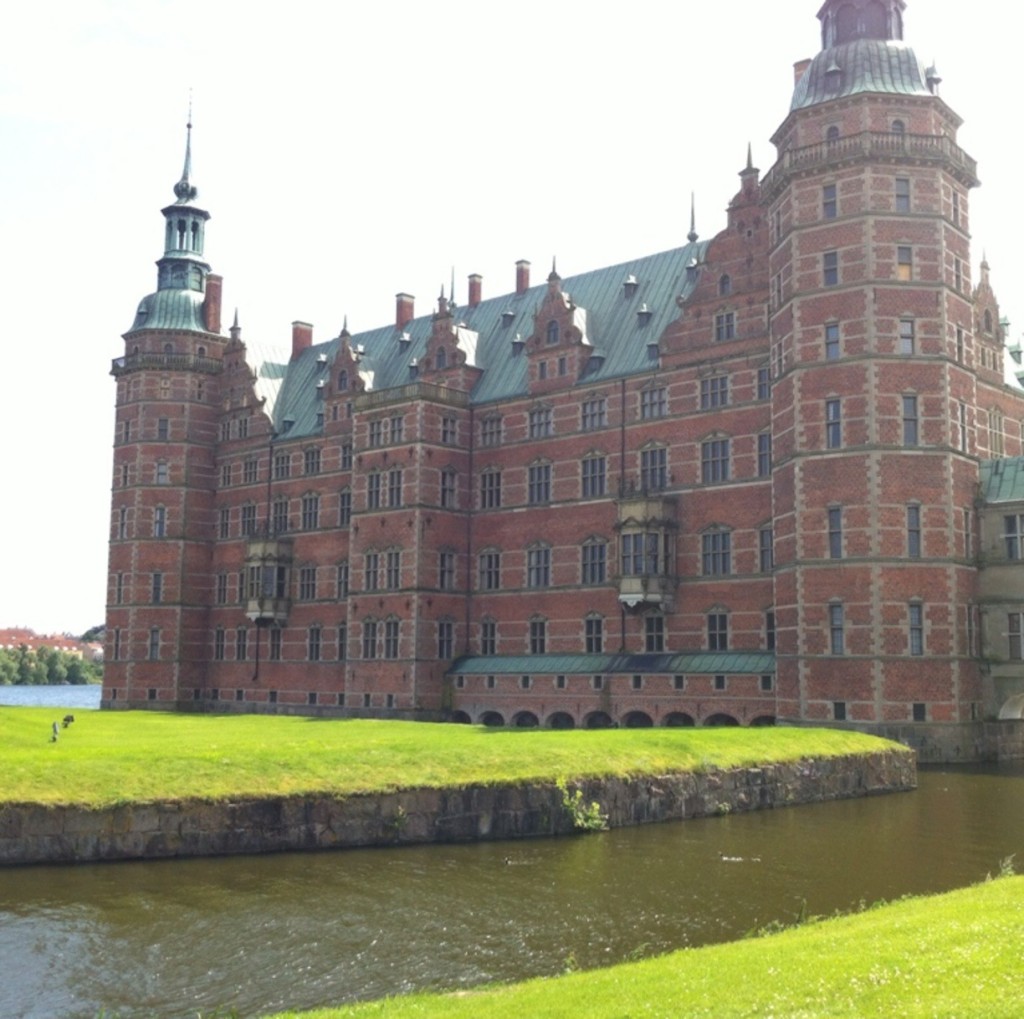 This castle in central Denmark, north of Copenhagen, is unique in that it sits on its very own private lake. Visiting this palace gives you access to Denmark’s largest collection of royal portraits, as well as many other historical and modern art pieces.

The surrounding palace gardens are expansive and beautifully decorated with flowers, cascades, and the Royals’ monograms spelled out in boxwood. The baroque area of the garden was meticulously reconstructed in 1996 to match drawings from 1725, making them as historically accurate as possible. Outcroppings of the palace, such as the palace chapel and the small Bath House Palace (Badstueslot) are other landmarks to visit within the gardens.

This palace in Frederiksberg is just west of Copenhagen. This was the royal summer palace long ago and also the site of Queen Caroline Mathilde’s illicit affair with the royal physician. To the Queen’s credit, her husband King Christian VII was an ailing schizophrenic who claimed that it was “unfashionable to love one’s wife.” The drama in this family was like something out of Game of Thrones. There is also an extravagant marble bathroom with a tub that was the first with running hot water in Copenhagen.

There are at least two or three days worth of sights to see in the immediate vicinity of Frederiksberg Palace. The palace gardens there have their own canal system that is supposedly haunted by the ghost of Frederik VI, which appears as a small white dog. Copenhagen Zoo is next door to the palace and features a large collection of animals from around the world. 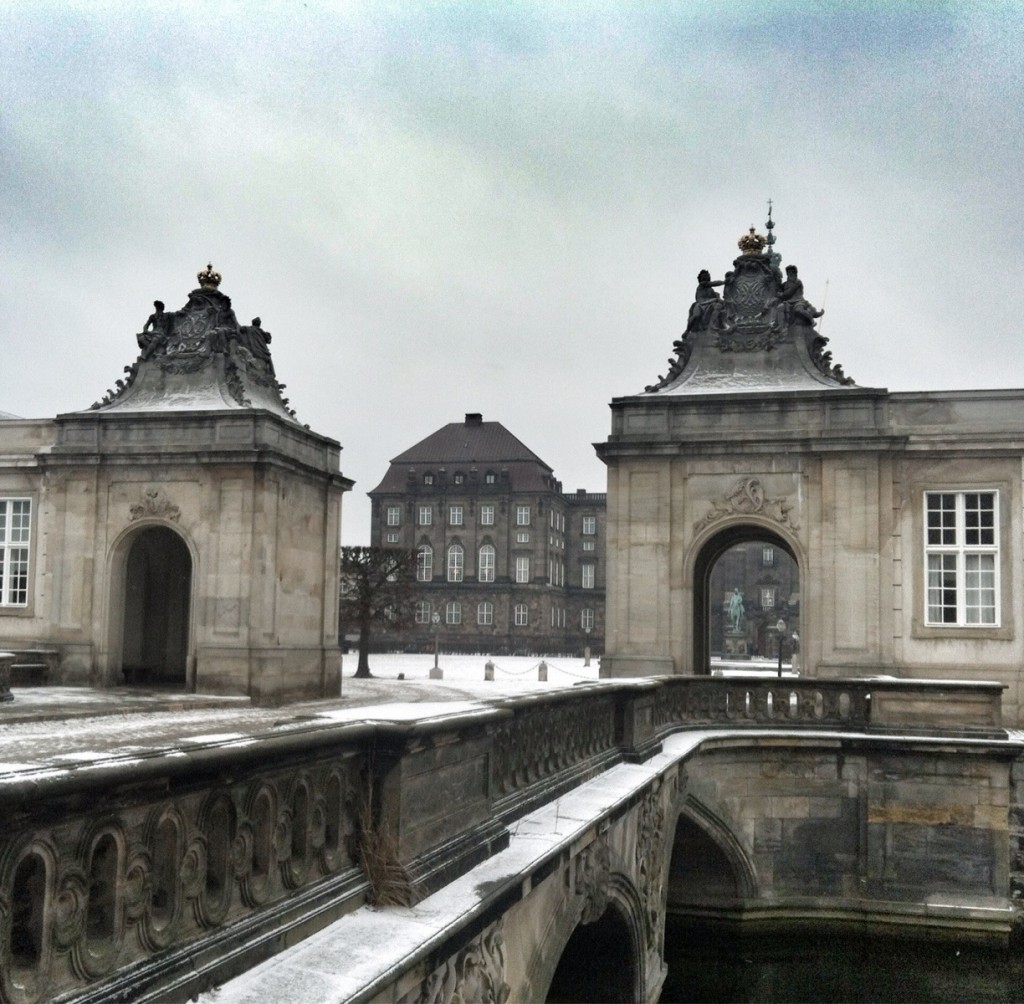 Photo by Karen Melchior via Trover.com

Christiansborg may be the most famous castle in Denmark. Here you can go underground to see the ruins of earlier castles buried underneath Christiansborg’s foundations. The ruins date back to the year 1167. Inside the castle, tapestries given to the Queen are on display. They depict the entire history of Denmark as far back as 1,000 years ago. Last but not least, Christianborg has its own stables, where you can see horses of royal caliber as well as coaches used to tow royals.

Leave a comment below to tell us your royal agenda for traveling Denmark. Which castle are you most excited to visit?