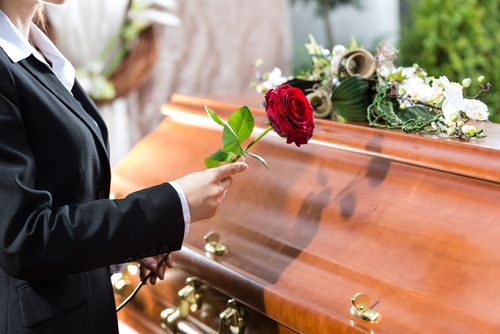 There are some topics in life that many of us wish to avoid and if we were to draw on a couple of clichés two of life’s certainties would definitely pop up at this stage; death and taxes.

Well, as the title has probably all but given away, we’re going to hone in on the former today. That’s right, let’s talk about death, or specifically what happens immediately afterwards.

Once upon a time it wasn’t nearly as significant as it was now. We’re not talking about the process of dying, but rather the immediate funeral afterwards. Funeral costs were relatively low, and most families could just about manage when the time did come.

Now, the landscape has changed. Over recent years there has been a surge in popularity for pre-paid funeral plans, so let’s now investigate some of the reasons this might be the case.

The rise in costs

We’re all used to inflation, but when it comes to funerals the increase in price is bordering on the ridiculous.

Since 2004, it’s understood that the typical funeral now costs 100% more. Suffice to say, this is significantly above the rate of inflation that we’re used to and it means that families are left with a problem.

In 2015, a report showed how the cost of a funeral was at £3,700. As we’ve already showcased in the previous paragraph about inflation, this figure is now very likely to surpass the £4,000 mark. Put simply, most families can’t afford this, and provisions need to therefore be made.

We’ve already mentioned inflation, but the rise in popularity of these pre-paid plans means that it’s worthy of another mention.

It’s proving increasingly common for younger people to invest in one of these plans – as strange as this may sound initially. The reason is simple; most companies who provide them provide a fixed fee. This means that inflation doesn’t come into the picture at all. Even if they die 10 years later, they will still be paying the same price for the funeral as if they were to pass away today.

Considering some of the inflation statistics we have already spoken about, this is a huge reason and can mean that the cost of the funeral for all concerned is limited to a huge extent. In fact, if figures over recent years are anything to judge by, it could save thousands.

Finally, let’s move onto something that probably summarizes the points that have been made so far.

For some people, inflation doesn’t matter – it’s all about peace of mind. Regardless of the increase in price, some people just want their family to rest assured that all of these costs are covered when the inevitable does happen.

This point shouldn’t be underestimated. As there are now more of these services around, this is something that is being considered a lot more by people who are looking to plan for the future.