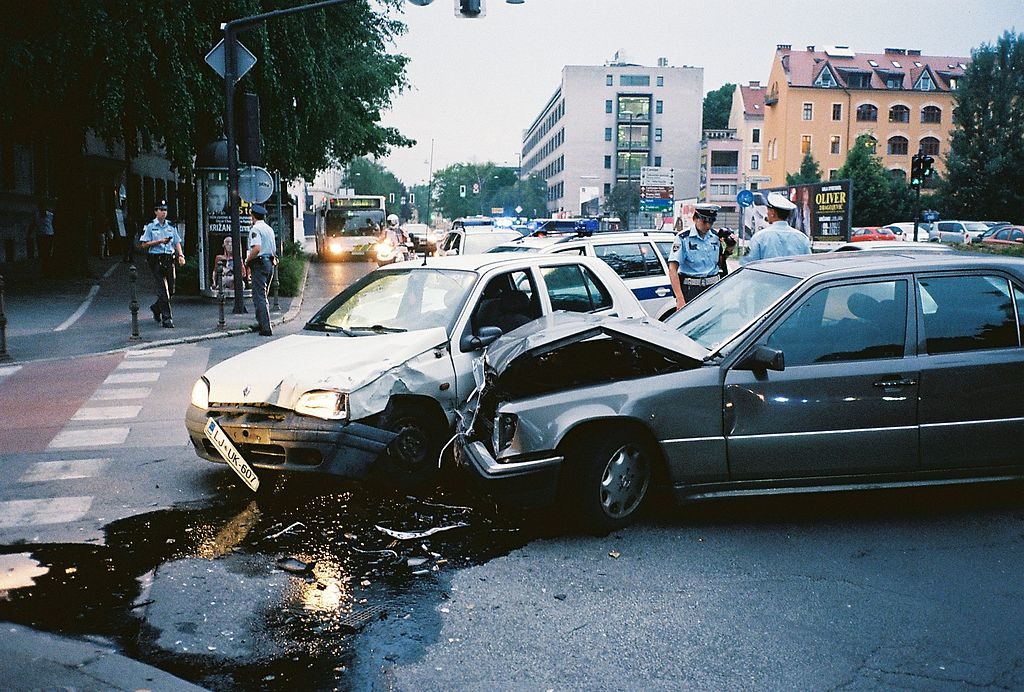 It can all happen in a flash. There you are stopped at a red light when a texting addict slams into your back end.

Smacking your head hard into your steering wheel, you are jarred into a state of shock – am I hurt? Should I call 911? How do I interact with the driver who just hit me?

Don’t wait until this scenario is forced upon you before thinking about the answer to these questions and others.

Knowing what to do when an accident happens will allow you to act correctly, increasing the odds this incident will have minimal negative effect on your future.

One of those steps includes getting in touch with a Salt Lake City car accident attorney, as they can help protect your rights and acquire all the compensation to which you are entitled, but there are other things you need to know as well.

When you get in a wreck, take the following measures without delay…

1) Stay where you are

No matter who is at fault, never leave the scene of an accident.

The police need to investigate the circumstances surrounding the incident, meaning they will have to take a statement from you.

Leaving the scene before they arrive is viewed under the law as an admission of wrongdoing. As such, hitting and running is a crime which could garner you time in prison, even if you weren’t responsible for the accident.

Dealing with law enforcement can be scary for some, but it beats the alternative.

Once an accident occurs, your primary concern should be for the lives of your passengers and those in the other vehicle.

With luck, everybody will just be shaken up, but if anybody is bleeding, has broken limbs, is unconscious, or is complaining of internal pains, emergency medical services need to be summoned immediately.

Casualties should not be moved by anyone but EMT’s unless their life is in danger (e.g. the car they are is on fire), and even then, special measures should be taken to ensure the integrity of the spine.

Victims must give consent before first aid is given, but if they are unconscious and their life is threatened by a respiratory/circulatory emergency, blood loss, or by fire, they are giving implied consent according to most North American jurisdictions.

3) Exchange insurance company information with the other driver

After any injuries or dangerous situations have been dealt with, exchanging insurance company info with the other party is your next task.

Be as polite as possible when interacting with the other driver, but do not apologize or express regret, as some courts view this as admitting responsibility for the accident.

4) Touch base with your insurance company

After leaving the crash scene, contact your insurer and tell them about the accident.

Share as many details as possible, but do not be dishonest, as this will result in a denial of coverage, leaving you on the hook for thousands or even millions in damages.

Think you’re not hurt? That might just be the adrenaline talking. The next day, you might be in unbearable pain from the severe whiplash you suffered.

Once you have witness reports, police reports, medical records, and other pertinent details, phone up a car accident attorney and set up a meeting with them.

Depending on your case, you might be able to secure a judgment that will cover any bills and any emotional suffering stemming from the accident.

Don’t second guess yourself – if you are not at fault for what happened, you deserve to be compensated.