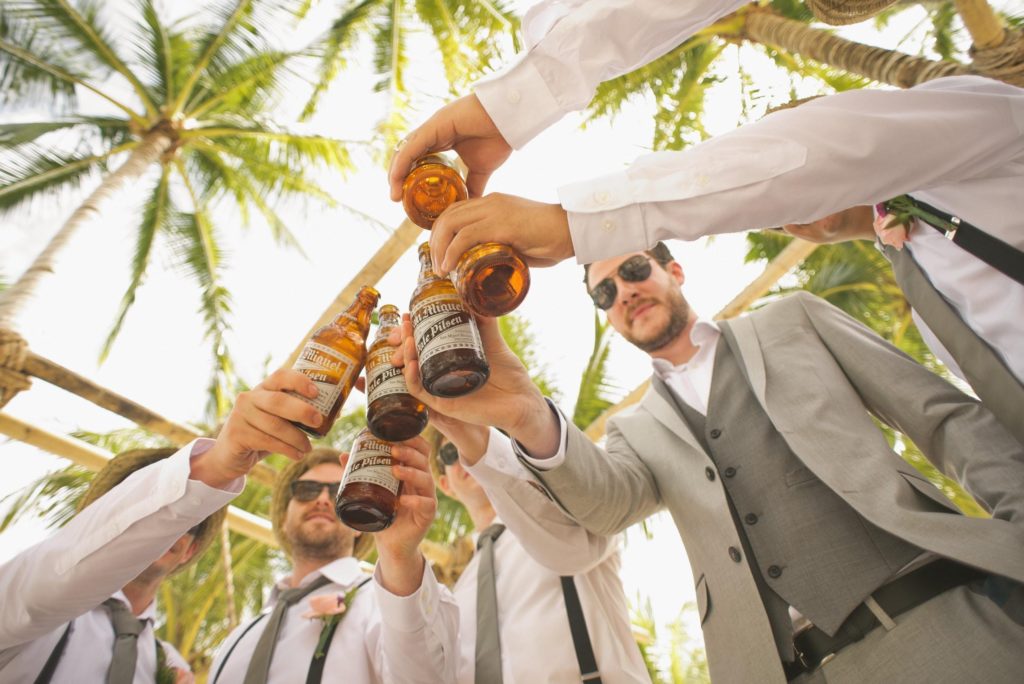 Planning a successful bachelor party, or buck’s party, as it’s called in Australia, is one of the best man’s most important tasks. After all, it is his best friend’s last chance to let loose and party with his groomsmen before tying the knot. In order to guarantee a successful bachelor party, the best man will have to make sure that it’s eventful, full of fun activities, and at a great destination – like Australia.

Australia is known for its natural wonders, beaches, large cities, and attractions. Those things, along with the entertainment, venues and bars, daytime activities, and nightlife, make Australia a perfect destination for a bachelor party. Although there are many bachelor party destinations to choose from within the country, five great ones, with exciting ideas for things to do for a bucks party are Sydney, Melbourne, Brisbane, Adelaide, and Gold Coast.

Go-karting is a popular daytime activity for bachelor parties in Sydney – and a fun activity to start with. It’s a simple yet competitive activity that every member of the party will enjoy, especially if there’s a prize involved for the winner. Go-karting can then be followed by another popular outdoor activity for people of all ages: paintball. The daytime activities can then conclude with a three hour private boat cruise around Sydney Harbour, which in addition to food, entertainment, and drinks, will also be full of surprises for the groom. These will include plenty of drinks, topless servers, and strippers, and will be an exciting way to transition to the nighttime activities.

A comedy show is a great way to kick off the night. The group can start off enjoying a meal and drinks, while laughing at dirty jokes and anecdotes, and can follow that with a pub crawl on a party bus. The party night can then come to an end as any bachelor party should, at a strip club.

Melbourne is considered one of Australia’s liveliest cities, so it’s no surprise that bachelor parties celebrated there tend to be full of excitement. The bachelor party can start during the day with a game of paintball – something that every member of the group will have a blast with. The game can then be followed with a Brewery Tour that will take the group through some of Melbourne’s top breweries. This tour also comes with a delicious BBQ lunch for all the guys, and it’s right along the beautiful scenic view of the Yarra River. Daytime festivities can then come to an end with a fishing trip. It will be a great way to enjoy a hobby, drink more beer, and prepare for the night.

Nighttime activities can start with a game of golf or poker, both of which come with some adult entertainment and surprises for the groom. After the games, the group can go out and party at some of Melbourne’s top clubs, including 29th Apartment, Glamorama, and The Emerson. Nightclubs with adult entertainment are also something that the best man will want to add to the list of clubs to visit.

For the evening, you’ll start off on a party boat, but then transition to a party bus that will take the group on a pub crawl. Both the party boat and the party bus will have adult entertainment, including Brisbane strippers, drinks, and good food.

The perfect, adventurous start for the bachelor party festivities when in Adelaide is to go rock climbing. It’s a way to enjoy the scenery, and the adrenaline rush can be followed by a game of paintball, which the group will appreciate.

Nighttime activities can consist of a cruise on a party boat, followed by a visit to a strip club, and ending with a stop at a comedy club where the group can enjoy a night of drinks and much laughter.

You can fire up the evening at a strip club, and follow it with a cruise on a party boat. You’ll want to find strippers for hire to join you on the boat. Gold Coast is home to beautiful scenery, which the group will get to enjoy while drinking and partying on the boat.