October 21, 2015 — the day Marty McFly arrived in the future in Back to the Future II. That future featured hoverboard technology and wowed moviegoers back in the late-1980s. Here we are in 2015, and today’s citizens what to know: Where’s my hoverboard?

Gizmodo recently proposed the question, “Is the hoverboard just over the horizon?” According to Gizmodo, it’s not quite here, but could be close. For example, last year the Hendo Hovercraft made its debut on a crowdfunding site and set the Internet on fire. Skateboarding legend, Tony Hawk, reportedly took it for a test spin. 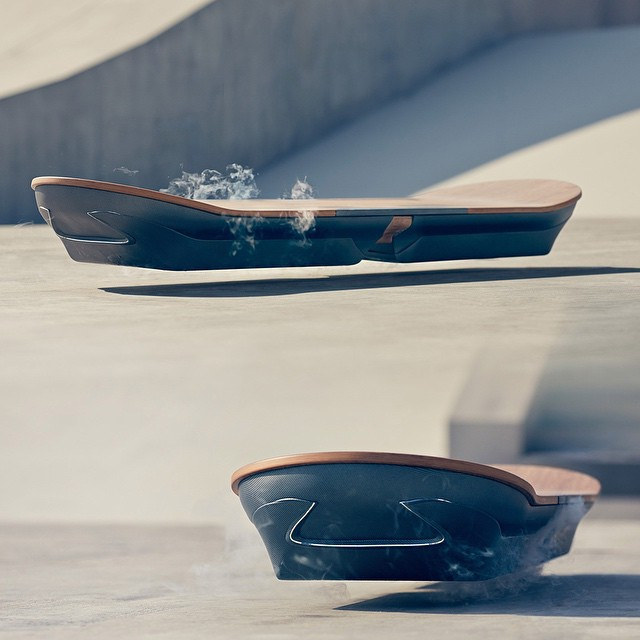 The Hendo Hovercraft is the brainchild of Arx Pax’s co-founders, Greg and Jill Henderson, a husband-wife team. According to the Autodesk publication, Line//Shape//Space, the Hendo Hovercraft exploit’s Arx Pax’s Magnetic Field Architecture (MFA) technology, a technology originally conceived to hover buildings during an earthquake. The hoverboard levitates off the ground thanks to two downward-firing hover engines that create an opposing magnetic field.

Though the Hendo hoverboard generated a lot of buzz leading some to think that, at last, hoverboard technology has finally arrived, it has its downsides. For starters, it’s loud. Not only that, it’s hard to steer. And, if you’re planning on hovering your way any place far, think again. The Hendo Hovercraft requires a special conductive surface, and has a very limited battery life — just a few minutes.

Okay, so the Hendo hoverboard isn’t quite ready for prime time. That’s okay, folks, because interest is high, and other companies are experimenting with hover boards. In fact, luxury carmaker, Lexus, recently published an online ad (part of its “Slide” campaign) featuring its own hoverboard prototype. According to Sci-Tech Today, Lexus’s spokeswoman, Allison Takahashi, said that the levitation technology truly works.

Before you get your hopes up too high, the Lexus hoverboard, which uses magnet technology and liquid nitrogen-cooled semiconductors, isn’t intended for general production. Rather, it’s Lexus’s attempt to show the world how it has pushed “the design and innovation envelope.”

Google X’s Rich DeVaul and Dan Piponi also dabbled in hoverboard technology, and succeeded in levitating a small board over a group of magnets. That said, they shelved the idea due to the high cost of developing a larger version and the low social benefit that would result.

Marty McFly’s hoverboard wowed audiences back in 1989, and it looks like hoverboard technology really works today in 2015. However, will we be able to get our hands on actual hoverboards in our own future? That remains to be seen.