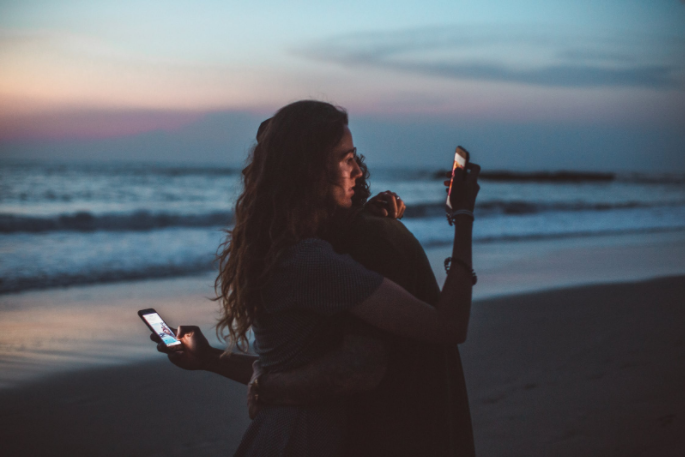 During the pandemic, phone sex has made a major comeback. People remembered why it got so big in the first place. Phone sex is so much fun that a lot of people wonder if they try it once, will it be a part of their relationship forever? Let’s talk about why the phone sex craze is back, how to incorporate it into your relationship, and why it’s so much fun.

Phone Sex Is Back

Phone sex is all the rage again, and now that it is, people have realized that phone sex wasn’t popular just because we didn’t have other options. Phone sex is an activity that some people prefer to video sex or even sexting. Why? First, it’s a great way to effectively connect despite long distances or pandemic-related lockdowns. Next, it’s a way to pump up your arousal by doing something new again.

Yes, phone sex might be addictive for couples. But, culturally, we have two definitions of addictive. One definition of addictive is something we say colloquially, like the fact that Oreos are addictive. The other definition is an addiction where you make risky decisions that negatively impact all facets of your life. In most instances, phone sex has a positive impact on your relationship because you see your partner through a new lens, which can refresh the entire relationship. (Though, if you do think you are addicted to phone sex, it’s a good idea to reach out to someone for help—lots of effective treatments are available.)

Lastly, the idea that someone can’t see you is liberating rather than limiting for many people. Those with body insecurities, who don’t know their best camera angles, or who are camera-shy in general will be much more comfortable on the phone. The key to good sex lies in the psychological space between comfort and getting out of your comfort zone. If you’re uncomfortable, you won’t be able to be yourself, and you’ll have sex that feels more performative than authentic. But if you’re comfortable and doing something new at the same time, you have a good chance of opening up new paths toward sexual pleasure.

Some websites allow you to find a third, completely anonymously for phone sex. If you’re ready to branch out, use a site that verifies all of its users’ ages and protects your privacy. There’s nothing more fun than experimentation, especially when it’s safe.