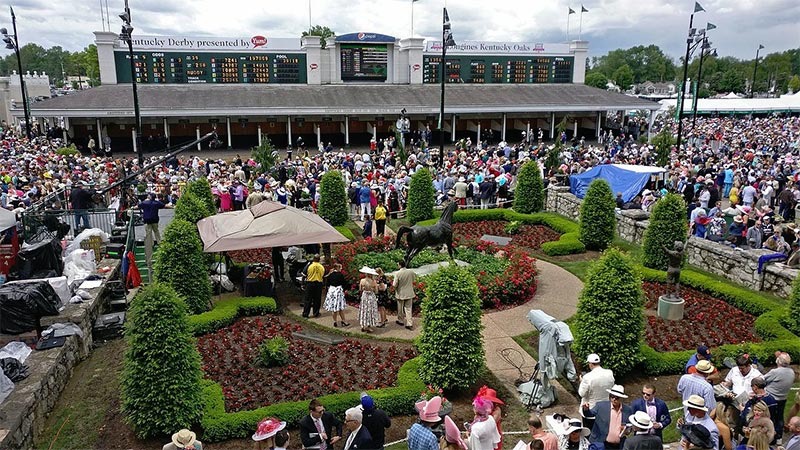 When it comes to places to visit, Kentucky seems to have it all. From sports to scenery to history and culture, the Bluegrass state is a must-see tourist destination. Kentucky also has much to offer to those who call it home. They just need to know where to look. Below is a list of seven experiences everyone who lives in or visits Kentucky should add to their bucket list.

As Kentucky’s only national park, Mammoth Cave encompasses south central Kentucky and a portion of the Green River Valley. It boasts more than 400 miles of explored underground territory and holds the distinction of the longest known cave system in the world. Rangers lead groups on underground treks that participants will remember for years.

Take a Tour of Bourbon Country

Even residents of Kentucky might not know that 95 percent of bourbon produced in the United States comes out of Kentucky. Another interesting fact about bourbon is that manufacturers must allow its ingredients to age in charred new oak barrels for a minimum of two years before they can give it the label of bourbon. Many distilleries in Kentucky, collectively known as Bourbon Country, give public tours of their manufacturing process.

See the Home of Colonel Sanders

Whether they’re a fan of the restaurant chain Kentucky Fried Chicken or not, visitors and locals alike should enjoy a visit to the Harland Sanders Café and Museum. Located in the city of Corbin, the museum preserves the home of the man credited with creating an international recipe for fried chicken featuring 11 herbs and spices.

Soak up a College Basketball Rivalry at its Best

Catch a basketball game between the Louisville Cardinals and the Kentucky Wildcats: This interstate rivalry between these two men’s college basketball teams is the stuff of legends. Although the teams play each other just once per year and are not even in the same conference, both want to be number one in a state with more diehard college basketball fans than any other. Even the well-known sports channel ESPN calls it the most entertaining rivalry in college sports.

Historians have traced the presence of Native Americans in Kentucky back to prehistoric times. Kentucky honors this tradition with numerous Native American monuments and museums. Some of these include the Trail of Tears Commemorative Park, the Bluegrass Heritage Museum, and the Big Bone Lick State Historic Site.

Get to Know the Horses of the Kentucky Derby

Funny Cide, a recent Kentucky Derby winner, is available for fans to meet at the Kentucky Horse Park. Racing fans can also meet War Emblem and Silver Charm, both past derby winners who now live at the Old Friends Thoroughbred Retirement Farm.

The above are just seven popular attractions in the Bluegrass State. Those who have the time to spend will soon discover there are dozens more.