To many people from North America or Europe, Asia can be a bit of an enigma. Located on the opposite side of the world from the first two continents, life unfolded in a markedly different manner than it did for us, creating the potential for travelers to come across many unusual sights and experiences. 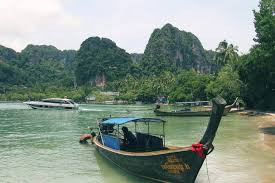 If you are as intrigued as the millions of new travelers that visit the world’s largest continent every year, this blog is for you. Below, we will introduce three countries you should visit on your first trip to Asia.

If you are nervous about traveling to Asia for the first time, Singapore provides the easiest entrance of any country on the continent. Despite being a tiny city state, it has a wealthy economy which supports its first world level services and infrastructure. English is also the predominant language here, making it easy to communicate with everyone from bell hops to locals you happen to meet on the street.

Its serviced apartments are nothing to sneeze at either – whether you are looking for a budget apartment rental or high quality furnished apartments, you’ll have comfortable environs where you can shake off your jet lag and enjoy your first few weeks in Asia.

As for the city itself, Singapore is a shopper’s delight, with plenty of amazing malls along Orchard Road. It is also a gourmand’s dream, as the island’s cuisine mixes together influences from China, India, the Malay Peninsula to create irresistible dishes you’ll be dreaming about when you get home.

Don’t miss seeing the Gardens by the Bay, Marina Bay Sands hotel, or the Merlion statue during your visit – all are iconic Singapore attractions.

Thailand is another country in Southeast Asia you won’t ever regret visiting. Home to some of the world’s most beautiful beaches, extravagant temples, best cuisine, and friendliest people, it will be easy to understand why travelers keep coming back to this country; in fact, some folks have never left.

Start in Bangkok, where the Grand Palace, Wat Pho, and Wat Arun will enchant you with their brilliant architecture. The beaches of Koh Phangan and Koh Tao will appeal to partiers, Koh Samui and Phuket to those looking for traditional tourist infrastructure, and Koh Chang (the one in Eastern Thailand) to those seeking a more laid back scene.

Finish your trip off in the north, where the temples of Chiang Mai, the hippy scene in Pai, and the hill tribe villages in the Golden Triangle will give you plenty of travel memories you will look back upon fondly.

With one foot firmly in the future and the other planted in its traditional past, Japan is one of Asia’s most fascinating countries. From the subtropical beaches of Okinawa to the snowy slopes of Niseko in Hokkaido, it has plenty to boast about outside the cities, but it is in places like Tokyo where your mind will be blown, time and time again.

From temples where people pray to multiple Shinto gods to restaurants where android dancers entertain locals and tourists alike, you will be amazed at the unique mix of tradition and 21st century living that exists here and in other places in Japan.