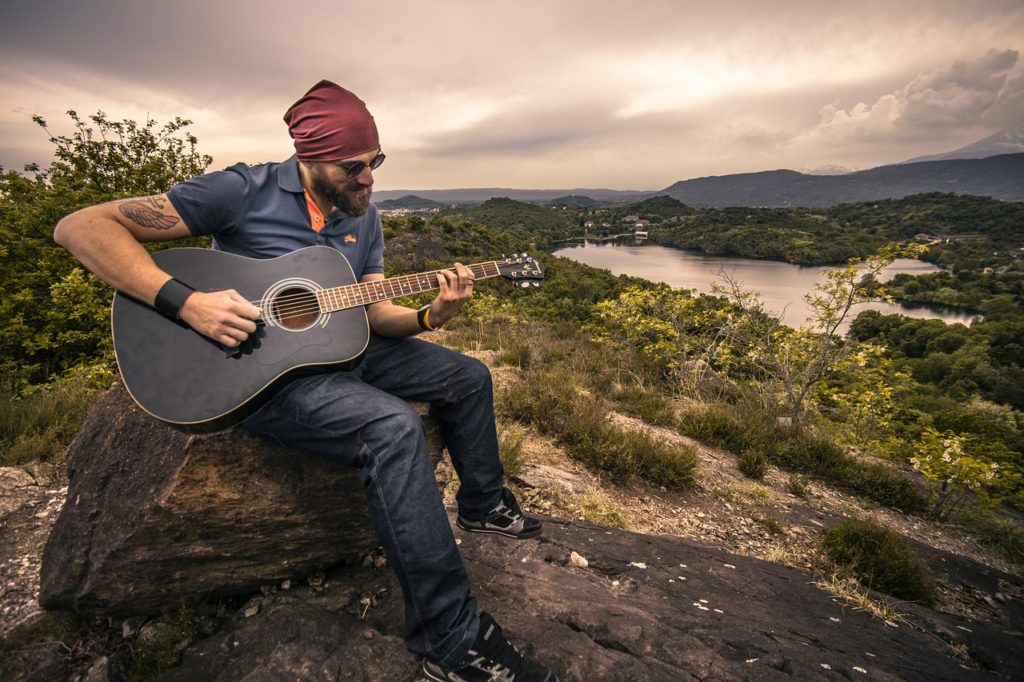 If you want to learn to be a good improviser on the guitar, then you have to build on your existing skills. The best way to do that is to take a Scott Henderson class and literally learn from the best. Some of the things he will tell you is that it is vital that you start by familiarizing yourself with the music that you want to improvise to. That doesn’t mean you know everything about that song, every chord, or every note. Rather, it means that you understand the structure of the song, and how it progresses. This will give you the opportunity to find the right scale to match the chords. Once you now that, you have to select the notes found within your chosen scale. Simply put, you have to understand the concept of progressing from scale onto note. If you have never even considered these intricacies, then you will have to repeat improvisation exercises again and again until you figure it out.

What improvisation is, is understanding the different elements of music. If you were to perform an improvisation live, you will quickly find that the satisfaction of doing that is immense, far more than what it is when you perform a prewritten solo. Unsurprisingly, a lot of guitar students want to learn how to improvise, preferably straight away. But, unfortunately, they often have no idea about where to start with it.

The best thing to do is to choose an easy melody that you can improvise to. Because the song is simple, you can leave the harmony improvisation until later. By using some of the following exercises, you should see your skills improving.

These are two key exercises to try, and you will find your technique improves greatly as you practice them. The key to properly play the guitar as a whole, and improvisation in particular, is to practice, practice, and practice again. You may feel like you’re not making any progress and would prefer to give up, but you will never learn to play properly if you do that.