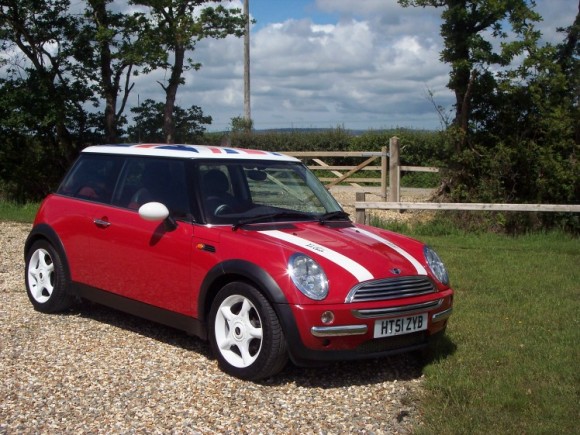 You could spend hours debating the finer points about what truly makes a car ‘British’, what with outsourced production and design as well as the merging of different companies it is fair to say that it is quite a challenge to truly define the criteria for this label in 2014.

That being said, there are certain makes and models of car that have made such an impact in British motoring history that regardless of where they are officially manufactured they forever remain associated with dear old Blighty.

What is interesting about these particular cars is they all share similar qualities and characteristics like durability, beautiful design and uniqueness that for the sake of longwinded debate, along with their historical provenance, is what could be argued affirms their status as quintessentially British cars.

The Mini – This famous make of car – thanks primarily to the publicity brought by the film The Italian Job and to a lesser extent Mr Bean – is not only a great feat of British engineering that pioneered front-wheel drive, it is also a cultural icon. The compact size and low weight earned it a place in the world of rallying when the more powerful Cooper and Cooper S took many titles. Obviously, not one for the very tall, but a British phenomenon recognised throughout the world.

Land Rover Defender – This no-nonsense brute brings to mind the dogged bravery of soldier, not just because of its honourable name but because it will protect you, and as many owners will testify if you want to get somewhere it will get you there. Commonly seen traversing English countryside and farmland, what this incredible car lacks in mod-cons it makes up for in reliability and sheer-strength.

Rolls Royce Phantom – Perhaps the hallmark of luxury when it comes to cars; from the gleam of the unmistakeable front grill to the shining leather and wood veneer of the interior, there’s not a single part of this car that doesn’t suggest class. It’s not all about appearances though, despite the size and weight, the mighty bonnet of the current Coupe model covers an equally impressive 6.75L V12 engine – it’s just complete vehicular indulgence.

Jaguar E-type – Another ‘classic’ so to speak that combines horsepower and elegance, this car even earned the respect of its peers when Enzo Ferrari once called an early model ‘the most beautiful car ever made’. Not many would disagree with this and despite the prestige was – and still is – actually one of Jaguar’s cheaper lines which ramps up its popularity even more.

Aston Martin DB5 – another British staple that has the film industry to thank for its worldwide acclaim as James Bond’s favourite car. It almost seems to do it a disservice by simply associating it with Bond, it was the undeniably gorgeous design and raw power created by the incredibly fine-tuned engines Aston Martin created that made this particular vehicle so impressive. Sadly, only 1,023 were produced in its short life-span but this only makes them seem more special.
Downright Patriotic

Even the most stony-hearted cynic can’t help but feel some kind of patriotic pride with these cars and despite evolutions in appearance and manufacture the fundamentals remain; the beauty part being you can still buy any of these from a reliable retailer like AA Cars. So act now to purchase your own piece of quintessentially-British motoring genius.