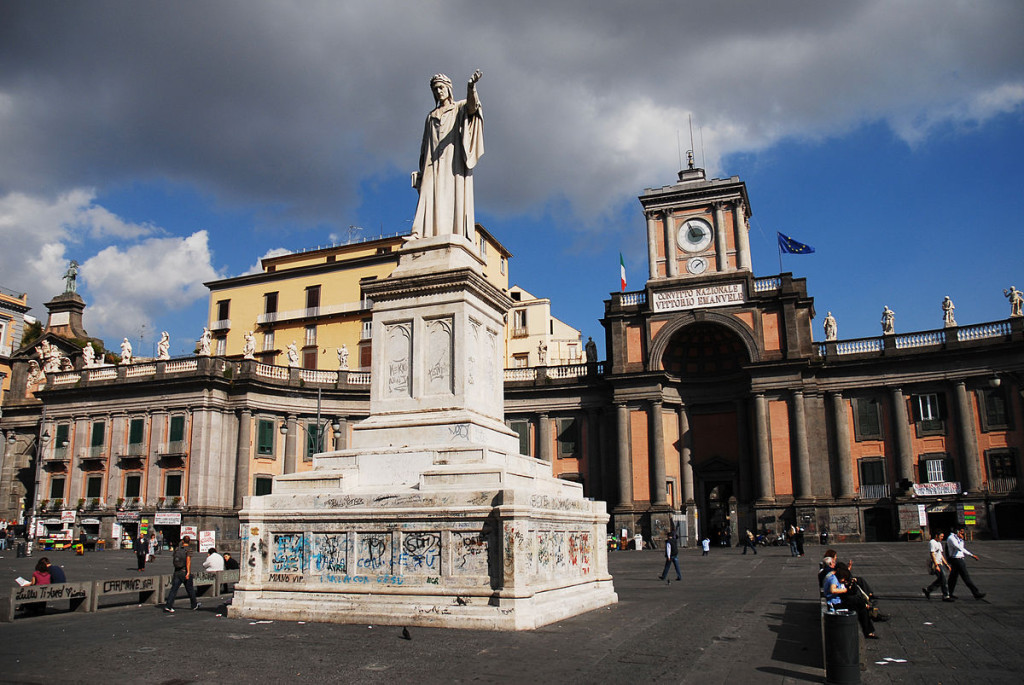 While Paris might wear the “City of Love” crown, Naples excels in the hearts and flowers department, too. Whether you’re celebrating an engagement, honeymoon, anniversary, or just each other, there are many romantic hotels in Naples so you can explore this beautiful city with your beloved in search of romance in Naples.

The topic of Italian food conjures images of Lady and her Tramp sharing a single string of spaghetti pasta and meeting in the middle. While Naples restaurants and eateries feature many of the Italian staples found throughout other parts of the country, this city stands out for two specialties: pizza and coffee.

For the latter, visit Caffè Amadeus, a modern but cozy brasserie where the barista inscribes personal messages into customers’ cappuccino foam. What better way to surprise your sweetheart than to deliver sweet nothings via a caffeinated beverage? Sit outside in the evening to people watch—when you aren’t gazing adoringly into one another’s eyes, of course.

After your shot of espresso, grab a slice at L’Antica Pizzeria da Michele, one of the most highly-rated pizza parlors in Naples. It doesn’t offer much in the way of romantic ambiance, however, so carry your lunch to go and take a stroll through the Pendino neighborhood.

Other foods to explore include gelato, pasta, chocolate, and pastries. Sample small bites at quaint eateries along the beach or plan an extravagant meal in one of the city’s upscale restaurants.

A romantic evening in Naples might find you at the legendary Teatro di San Carlo. This classical opera house features a crown-adorned royal box and gilded moldings that extend to its soaring ceiling, which is decorated with an intricate, Greek-inspired mural. Depending on the time of year you visit, you might want to spend the evening going to the opera or ballet.

Lovebirds who crave more modern musical stylings should visit the Arenile beach club after dark. Catering to adults rather than youths, the Arenile serves delicious cocktails and hosts a nightly disco party on the beach.

Naples doesn’t lack for live music, either. Jazz, blues, classical, and experimental clubs feature late-night performances throughout the week as well as on the weekends. Around Midnight, for example, is one of the most popular jazz clubs in Italy. In addition to live music, they also offer food and cocktails.

Love Flourishes on the Lungomare

The presence of “Love Locks” along the Lungomare—padlocks inscribed with couples’ initials—offers the first indication that this thoroughfare offers one of the most romantic strolls in the world. Walk hand-in-hand along the waterfront with a view of Egg’s Castle in the distance or hit some of the high-end shops that line this popular destination.

For athletic couples, Sundays on the Lungomare offers a way to fit in some exercise even while on vacation. Work off the pizza you enjoyed the day before by renting bicycles while the promenade is closed to vehicle traffic. Roller-blading is also a popular pastime along the Lungomare.

Pack a picnic lunch to enjoy on the large rocks along the water’s edge or perch on the seawall to watch the fishing boats and yachts come into the harbor. At night, enjoy the reflections of the city’s and boats’ lights on the surface of the sea.

You Can Dance the Night Away

Although Naples offers numerous clubs and bars, the venues that teach tarantella offer the most romantic atmosphere for couples in love. The tarantella is a folk dance native to southern Italy. It requires partners to move in sync and close together, but without actually touching.

Sometimes tarantella music is accompanied by spoken lyrics, most of which lament lost love or celebrate the connection between lovers. Learn new moves with your beloved in Naples, then retire to your hotel for a bucket of champagne and a few ripe strawberries.

It’s Not Too Far from Rome

According to the Daily Mail, a 2014 study concluded that nearly 30 percent of travelers felt Rome had usurped Paris as the City of Love. Since Rome is less than three hours from Naples by car, you don’t have to choose one or the other, especially if you plan to stay in Italy for a few days.

Consider staying in Naples overnight, but taking one or two short day trips to Rome. Naples offers more affordable hotels and dining, so you’ll save money on your trip without sacrificing any of the sights.

Some of the most romantic hotels in Italy can be found in Naples. The Hotel Excelsior Naples, for example, features elegant outdoor dining, including a restaurant on the roof, and gorgeous gardens for romantic walks after meals.

With rates starting at $192 per night, the Hotel Excelsior Naples also offers generously appointed rooms for the price. Luxurious bedding combined with high ceilings, rich wood floors, and panoramic views of the city make any romantic vacation a pleasure. Plus, if you bring the kids with you, the hotel offers a babysitting service so parents can enjoy one another’s company without the little ones. 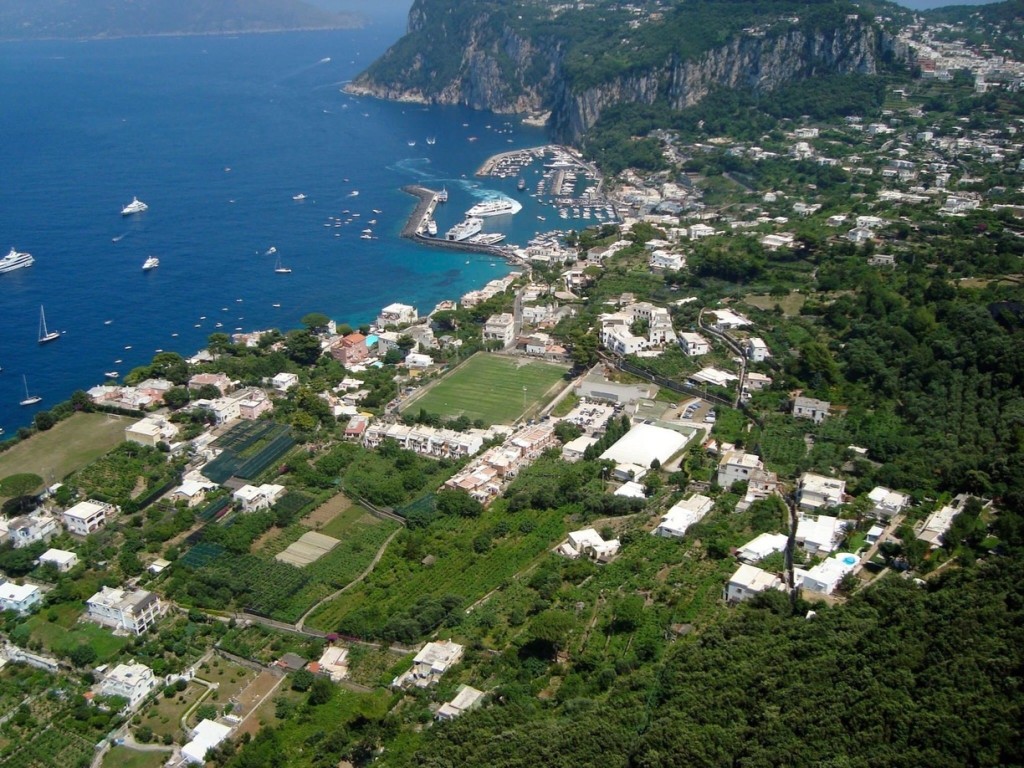 Photo by Brandon & Julie via Trover.com

Take a ferry from Naples to the picturesque island of Capri, which offers something for everyone, from explorations of medieval churches to floating through the Grotta Azzurra caves. The summer months offer the best weather for a visit to Capri, especially if you plan to take a dip in the water or go hiking through the hills.

Meals at chic cafes, window shopping at upscale boutiques, and lounging in outdoor chaises are just a few of the most enjoyable ways to spend time on Capri. Find a secluded lagoon for some alone time or take books to the beach for an afternoon of delicious relaxation.

You can take plenty of other day trips from Naples, as well, if you want to escape the city. Take a tour of the Pompeii and Amalfi coast, for example, or spend a day frolicking in Sorrento.

Naples, Italy, might never steal Paris’s title as the City of Love, but it offers plenty of romantic pastimes for couples on vacation. What is your opinion on Naples as a romantic destination? What other cities make your short list for couples’ vacations?