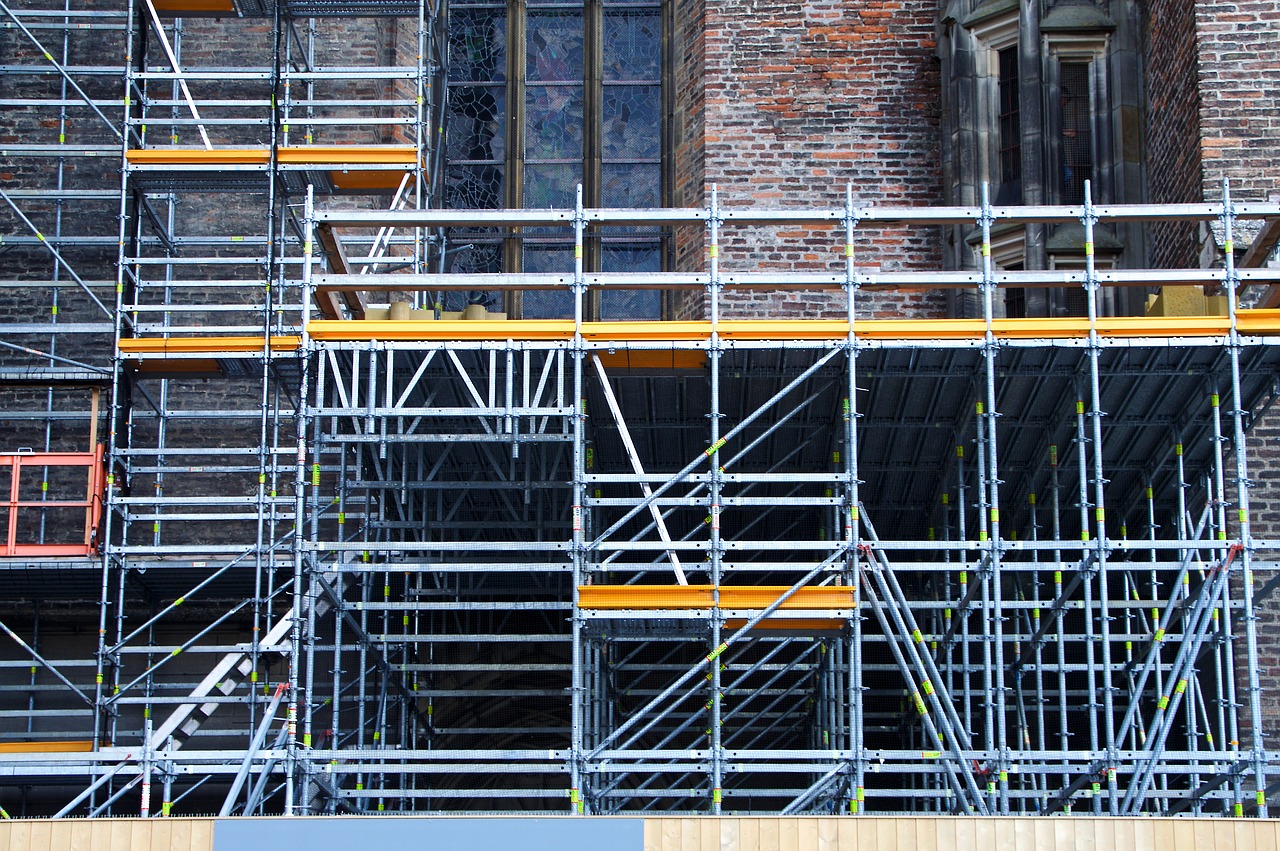 When construction work has to be done on a building, workers and the general public are placed at risk. Generally speaking, scaffolding is used as a temporary work platform so that workers can easily reach different parts of the building, and bring their materials as well. Essentially, a scaffolding tower is like a rolling ladder and has been used in some way or another in construction since the pyramids of Ancient Egypt. Scaffolding towers are adjustable and they can hold a lot of materials and people at the same time. It is a relatively safe device as well, so long as the necessary safety precautions are in place and adhered to. Unfortunately, when something goes wrong with these towers, it generally goes horribly wrong, which further emphasizes the need for safe usage.

A scaffolding tower is made up of three big elements, being the couplers, boards, and tubes. The tubes are usually made of aluminum, although steel ones also exist. Aluminum is the preferred material because it is highly durable but very lightweight at the same time, and is even flexible. In order to join the boards and tubes together, couplers are being used. This enables it to carry human weight. Boards tend to be seasoned wood, usually between 50mm and 63mm.

Scaffolding has been designed to be placed against a building using ties. They are a lot more stable than any other type of construction. The exception is the mobile tower, which is placed on wheels and/or castors, enabling to quickly be wheeled around or swiveled to wherever it is necessary. The wheels and castors can be locked into place for extra safety.

Safety is the most important thing when using scaffolding, which is why setting the tower up, taking it down, and using it has to be done at all times under the supervision of an experience professional. The towers also come with manufacturer’s guidelines, and these must be followed. It is all too easy to think all scaffolding towers are the same, but there are often minute differences between various makes and models.

What the guidelines also tell you is how the tower can be used. The safe usage of the tower is the responsibility of the management team, but workers should also check before they use it. And if they spot anything that could be an issue, they must report it straight away. It is management’s responsibility to make sure workers feel comfortable about laying down tools until their environment is safe.

In most cases, scaffolding towers have guard rails installed, and workers wear safety harnesses. This will provide a modicum of protection if something does go wrong. Safety harnesses should be provided to anyone who is more than six feet off the ground. Unfortunately, the vast majority of scaffolding accidents were fully avoidable had some standard precautionary measures been in place. That said, with the right precautions, these towers are some of the most convenient and useful construction tools in the industry.