The media has led many of us to believe that celebrities never get anything wrong, and it’s not uncommon for the world to be in an uproar when something ‘normal’ goes on in the life of an entertainer – just look at the media frenzy surrounding the divorce of Brad Pitt and Angelina Jolie. Yet, many stars are just like the rest of us – with the same weird habits, bizarre secrets, and superstitions. 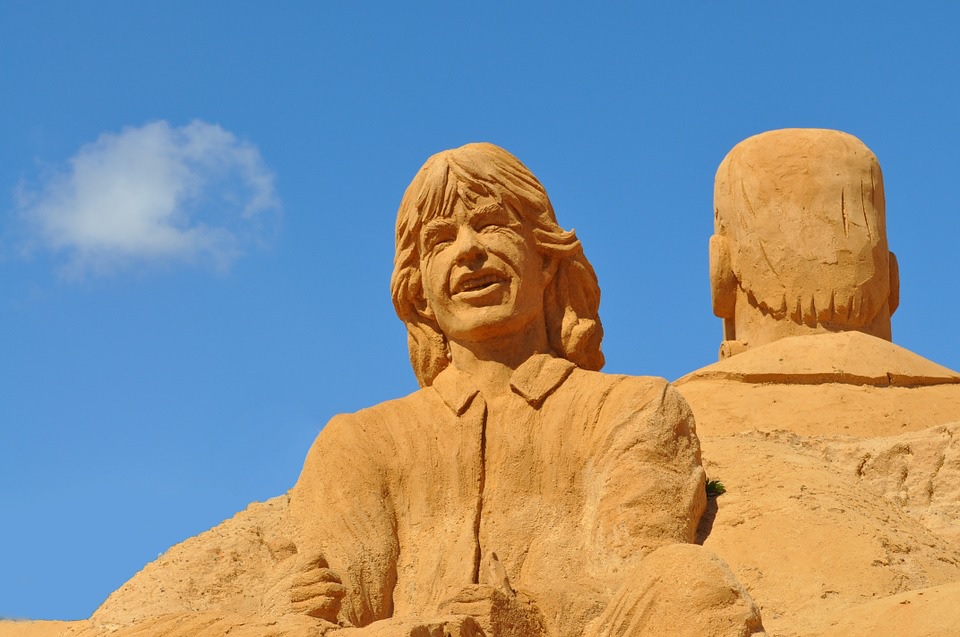 Some celebrities may seem ‘weird’ when they do every day, normal things such as going to the shops – simply because they can’t get away from all of the hype that follows them around. On the other hand, some of the habits of famous people that we all know and love are a little bit outlandish, but in the end it makes them a little bit more interesting and many celebrities have fans who love them simply for their strange and unusual habits – for example, Michael Jackson wasn’t exactly the most conventional of people, but his fans adored him for it.

If you’re interested in the strange habits of celebrities, you’re in luck as we’ve compiled a list of some of the most interesting and bizarre eccentricities in the A-list world.

The leader and co-founder of hugely successful English rock band The Rolling Stones, Mick Jagger is one of the most well-known rock singers in Britain today and is famous all over the world for his work. But, what does he do when he’s not singing, composing, or listening to rock music? According to sources, Jagger’s favourite way to pass the time is something that your grandma probably loves to do. Other than spending all the money he’s amassed over the years being one of the rock genre’s most successful band leaders, Jagger also loves to play bingo, and has been known to throw a range of exciting, massive bingo parties at his house.

Superstar footballer David Beckham comes top on the list when you ask many ladies to describe their perfect man, but insiders report that the former Manchester United player can actually be a real nightmare to live with. This is because when it comes to keeping things clean and tidy, Beckham is a little bit more obsessed than most. The footballer and husband of fashion designer Victoria Beckham describes himself as being ‘obsessive compulsive’, saying that everything in his home has to be in pairs or in a straight line in order for him to feel relaxed. He’s even gone so far as taking drinks out of his fridge and hiding them away in cupboards if there’s too many to put them in pairs or make the perfect straight line.

Even though Simon Cowell regularly makes laughing stocks of other people on TV shows such as The X Factor which have helped him to amass so much fame and fortune, he doesn’t seem to be too bothered about doing things which could leave him open to a bit of ridicule himself. Reportedly, Simon has a daily habit of climbing a tree – something he says is his favourite hobby and doesn’t think he’d be able to stop. Maybe we’re all missing something here and it’s down to Cowell’s bizarre connection with nature that’s helped him to be so successful.

Just like Batman, the character that Bale is famous for playing, the actor himself has a little bit of a dark side and admits that he sometimes enjoys making people feel a bit wary. One of his strangest habits is provoking fate by tempting superstitions – whether you believe in superstitions or not, some of the most popular ones, such as not walking under ladders, most of us just stick to out of habit. But, not Mr. Bale – he likes to do all the things that most of us don’t do out of superstition. Whether he’s doing it to prove that superstitions are a load of rubbish or just likes to play with fire, it doesn’t seem to have brought him to any harm yet.

Most of us will have something that we do in order to help us to get to sleep at night. If you can’t sleep, there are plenty of ways to try and encourage some restfulness – whether you go and take a hot bath, put on some relaxing music, count sheep, or treat yourself to a glass of wine. But, this isn’t the case for Manchester United and England football superstar Wayne Rooney. In his autobiography, Rooney says that at night, he can’t get to sleep unless he turns the hoover on, with the sound of that being the only thing that helps him to snooze. If he can’t hoover up before bed, he’ll sometimes try and get the same effect from his wife’s hairdryer instead. It’s a good job that he’s rich enough to not have to worry about his electricity bill!

When it comes to weird habits, the celebrity world is rife. From celebs who carry twenty toothbrushes with them daily to specific ways to board a plane, A-listers certainly aren’t immune from their little quirks and strange habits – in fact, many have developed them in order to help them cope with their massive levels of fame. Do you have a weird habit that’s worthy of a mention? Join the A-Listers and tell us all about it in the comments.