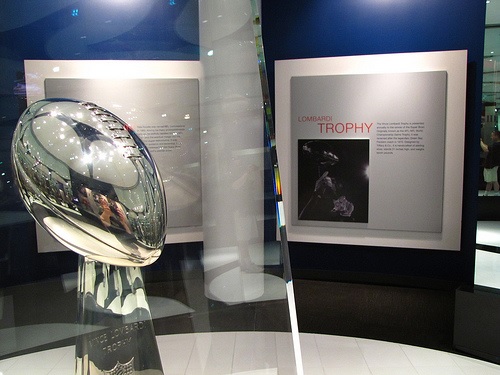 At the end of this NFL season is the 50th iteration of the big championship game. This is a great time to remember the last 50 years. Herein I will focus on a few different types of the most noteworthy Super Bowls to happen. Whether it was the best shellacking, most competitive games, or noteworthy for some other reason, be sure that I’ll include it on this list.

This game wasn’t a great game outside of the context, so let me set it up for you. The AFL, little brother league and maverick before the merger, was looked down upon by fans of the NFL and pundits but was a serious rival in terms of fan numbers and broadcasts. The first two games were won by Vince Lombardi’s Packers. This led many to doubt the validity of the merger and the credibility of the AFL teams.

The Colts defensive front was so highly touted at that time that they were favored by double digits. However, Joe Namath and Matt Snell led the Jets and the entire AFL into credibility with this victory that shocked or vindicated football fans across the nation.

The current AFC vs. NFC format is a reflection of the AFL-NFL merger. Upon the creation of the conferences the AFC retained all of the AFL teams with the addition of three NFL teams (Colts, Steelers, and Browns). Every year that an AFC team plays an NFC team for the Championship is a re-living of the long rivalry between the leagues. It was this game that established the importance of the Super Bowl, and it was the first game that officially called it the “Super Bowl.”

This isn’t a list of the games that were the most exciting to watch or the greatest nail-biters. It’s a list of the most memorable moments. One of those is the biggest blowout to happen in Super Bowl history. The 49ers under Joe Montana were a thing to behold. They set a whole list of records and posted some amazing stats against the Denver Broncos in this Super Bowl.

Here it is: first team to win consecutive Super Bowls under different head coaches; highest score in a Super Bowl, 55 points; highest margin of victory in a Super Bowl, 45 points; 22/29 passing for 297 yards and 5 TDs by Joe Montana who won the game MVP while being the regular season MVP.

This game contains probably the most disappointing and dramatic field goal kick in American football history. Down by only one point with a minute and a half to go and 70ish yards out, the Bills, by the skin of their teeth, a great performance by Thurman Thomas, and an incredible catch that bounced off the foot of McKeller, grind their way into the kicking range of Scott Norwood.

Norwood misses the kick and the Giants win the Super Bowl. Heartbreak for Norwood and the entire Bills fan base and organization that would continue for the next three years as the Bills appear in and lose four straight Super Bowls. Norwood’s kick was the first of those losses.

The game as a whole wasn’t overly exciting, that is until the fourth quarter. The two teams combined for 37 points in that 15-minute span. It was astonishing to see. It played like a highlight reel on “SportsCenter.” Both teams’ defenses collapsed at the same moment that the other teams’ offenses were resurging. In the end it was Adam Vinatieri, once again, putting the ball between the uprights to win the game for the Patriots.

All in all, the Super Bowl has had a wide variety of iterations that have been important to the game. Each one of the 49 that have come thus far has been memorable for its own reasons. Several of the greatest blowouts are memorable simply because they display the dominance of particular teams. The closer games, as well as being more fun to watch, are more illuminating as to the strategy and power of the game. Football remains the top sport in America and with games like these, how could it not be?