All too often we fall into the trap of The Stereotype. Take Tenerife, for example – a hugely popular holiday destination that’s typically seen as the place to go for sun, sand, beaches and golf. What’s often left out of this picture (somewhat sadly) is the island’s rich artistic heritage, especially in the realm of Surrealism – and so that’s exactly what I’m going to focus on today.

Tenerife’s has really strong ties with the Surrealist movement (which I’ll tell you more about in a moment) – they in fact date all the way to the 1930s. Actually, you might say they go back even further since celebrated Surrealist Óscar Dominguez was born here in 1906, but for the sake of simplicity we’re going to look at them from 1935 onwards.

You see, 1935 is when the Universal Surrealism Exhibition took place in the island’s capital, Santa Cruz. Leader of the Surrealist movement Andre Breton was not only there, but also took the opportunity to officially declare Tenerife a Surrealist island.

What’s really interesting to bear in mind about this exhibition is that it’s not only significant for Tenerife – though of course it was a big deal for the island in cultural terms – but also for Surrealism itself. You see, it was an indicator of Surrealism’s international achievements and importance – as were the other large-scale exhibitions that took place in the 1930s.

Fast-forward a few decades to 1974 and the influence of Surrealism is still being felt, this time at the International Street Sculpture Exhibition, which featured works by Henry Moore – famous for his abstract bronze sculptures – and Eusebio Sempere, who’s known for being prominent in the Kinetic art movement.

A crash course in Surrealism

Surrealism can be traced back to the early 1920s. While being famous for the amazing paintings it produced (you’re likely to be familiar with at least a few works by Salvador Dali – these fall into the Surrealist category), Surrealism was actually an entire cultural movement. So, it produced work across a range of other spheres – literature, for example.

Surrealist work is really distinctive, which means it’s not hard to spot once you know the basics. A simple description of Surrealist paintings is that they’re usually incredibly unusual, depicting things that we know cannot be a real part of the material word, but are ultimately painted in a very realistic way.

This is all part of the Surrealist ethos, which tried to marry the realms of dream and reality – no small feat! The movement was founded by a French writer and poet called Andre Breton, who published the Surrealist Manifesto back in 1924. The nucleus of the movement – which Breton claimed was revolutionary – was in Paris, but its reach spanned far beyond that. Of course, this is why you can see so many Surrealist sights in Tenerife today – but before I give you some tips on where to go, let’s take a quick look at some of the most important Surrealist figures.

I’ve already talked about Andre Breton and his leadership of the movement, so now I’m going to give you a brief introduction to two other key figures – the first of which is the aforementioned Salvador Dali.

I’m turning to Dali first because he is such an easily recognisable figure; even if you haven’t seen much of his work before you’re bound to know his name. A Spanish Surrealist born in the Catalonia region of Spain, Dali is best known for paintings like The Persistence of Memory, which features the melting clock motifs that famously crop up in his work time and time again (no pun intended!).

Dali’s work isn’t only confined to painting, though. In fact, he had his fingers in plenty of pies, including sculpture, film, photography and literature – so it’s not hard to see how his name has become so well known across the globe!

Another figure I’d like to introduce you to is Oscar Dominguez, who is particularly interesting because he was born and raised in Tenerife. Starting life in San Cristobal de La Laguna, Dominguez began developing his artistic talent early on – something he threw his energies into when recovering from a serious illness that blighted his early years. 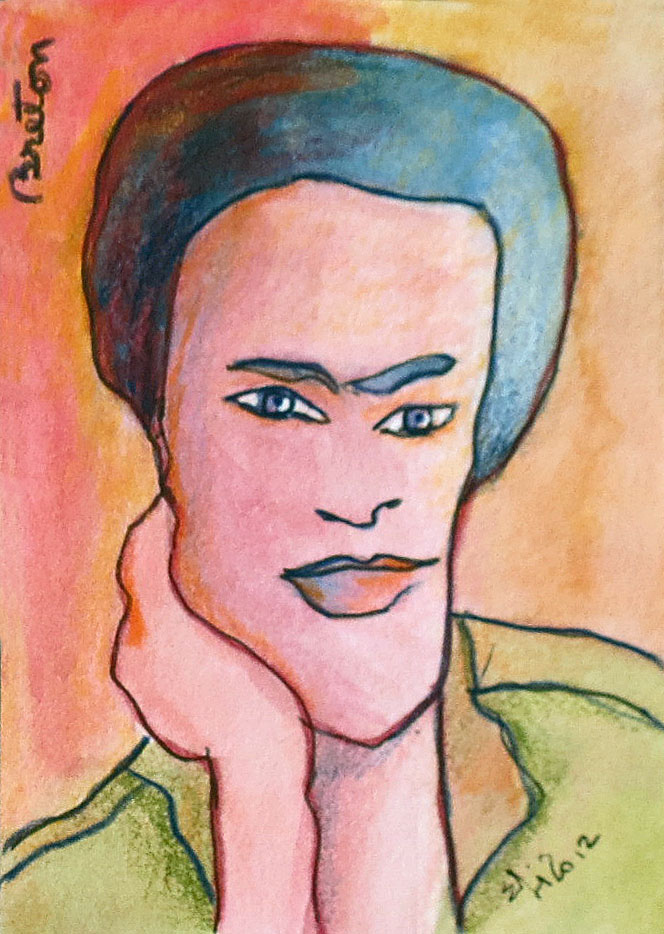 He moved to Paris and became part of the Surrealist movement and, interestingly, attended the 1935 Universal Surrealism Exhibition in Tenerife alongside his friend Andre Breton. The pair actually attended several of these exhibitions, which took place at various destinations across the world, in the 1930s.

Turning our focus back to Tenerife itself, there are several great Surrealist sights to check out – you just need to know where to look. Right now, I’m going to point you towards three of my favourites, two of which will give you an insight into the life of Tenerife-born Surrealist Dominguez.

The first of these is Calle Carrera 66, which you’ll find in Dominguez’s birthplace, La Laguna. While there are loads of historic houses along this street, this one is easy to spot thanks to its very distinctive blue front – not to mention the giant sardine-tin sculpture you can see at one of the windows! As you may have guessed, this is where Dominguez lived during his time on the island.

Next up is the Tenerife Espacio de las Artes, which is usually known just as TEA. While this gallery isn’t solely dedicated to Surrealism, it does house a permanent exhibition on Dominguez, so it’s probably the best place to go if you want to learn more about him.

I must confess, though, that what particularly interests me about this museum goes beyond Surrealism. You see, this is the first cultural institution of its kind in the Canary Islands, being promoted by Tenerife’s government and home to a library and photographic centre, as well as the Oscar Dominguez Institute. Definitely somewhere not to miss!

Last on my list is Garcia Sanabria Park, which you’ll find in Santa Cruz. Free to enter, it is home to the Museum of Open Air Sculpture, which houses works by a huge range of artists, including Dominguez, Henry Moore and Joan Miro. Many of these were created for the International Street Sculpture Exhibition back in 1974, and it’s amazing to see these artworks standing in the tranquil surroundings of the park. This website is a good resource if you’re keen to find out more about Santa Cruz’s cultural attractions – including its art installations and galleries.

These insights were offered by experienced travel writer Kristy Moore – who has written across various publications, including TravelBite, IWantSun and also on behalf of Sovereign Travel.