While there are thousands of skateboarders out there, many seem to be pushing me off the sidewalk on my block, it seems not many of them know how it all began. The evolution of skateboards has been taking place for almost seventy years now. It will be interesting to see just how much more they can change. Here is a brief rundown of how it all started and how they have changed up until now. 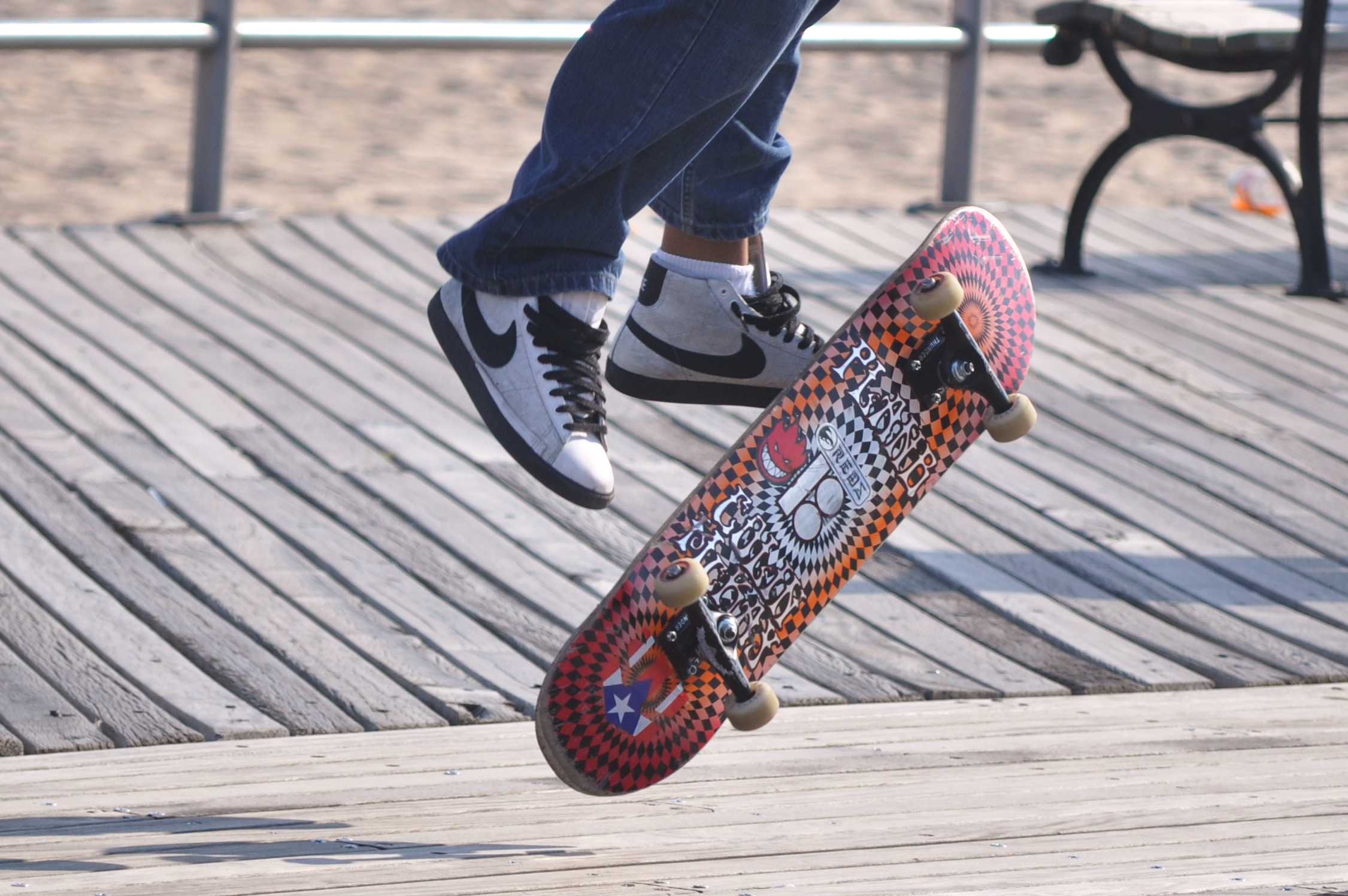 While many people have claimed to have made the first skateboard and started the craze, it is impossible to know for sure. We will never know for certain who started it all. However, people were first seen on them in the late 1940’s and early 1950’s. The surf craze was sweeping the world at the time and people were thinking how they could bring that popular sport on to land. Soon enough, roller skates were attached to wooden boards and people tried to mimic the act of surfing on these contraptions.

People were soon producing actual skateboards as we know them. The roller skates were left in the dust. By 1963, the sport was sweeping the country. Kids and adults were trying their best to skateboard down streets and perform little tricks here and there. All across the United States, doctors were treating people for broken wrists and arms from having skateboard accidents. Back then they had clay wheels, and they were not quite the smooth and semi-safe ride that people needed. By the late 1960’s, the skateboard fad was fading away in the distance and the skateboard was drifting out of sight.

The Skateboard Strikes Back

Just when you thought they were gone, they are pulled back in. Skateboards made a comeback in the early 70’s. The invention of urethane wheels by Frank Nasworthy in 1972 made it popular again. It has kept growing in popularity with enthusiasts inventing new tricks to do on the boards. Because of the ability to video yourself while you are doing these tricks has led to a couple things. When a new trick is born on video, everyone rushes out and tries it. Also, when there is a crash and burn on a skateboard, it is immediately put up on social media for the world to see.

ESPN televised the X-Games beginning in 1995. It included quite a few alternative sports that could sometimes be quite hardcore. Skateboarding was one of those sports. Millions were watching, and inspired to pick up a skateboard and try them out anywhere there was cement. It gave skateboarding a sense of legitimacy that it needed. Plus, it helped that it was aired over and over again on TV.

Each skateboard company has constantly added new graphics, better wheels, and maybe a few grip pads to add to it all. But there really has not been a change in the boards until recently. There isn’t much change you can add to a board with four wheels attached. A few people then decided to mess around with the length of the board. A longboard is sports equipment very similar to a skateboard. The only difference is the longboard is often longer and has a variety of shapes as well. In fact, it is now quite easy to find custom Longboards with your own personality. If you have never rode a longboard before, it is time to check one out. For those not familiar with them, you are bound to receive some weird looks as you are riding them up and down on the sidewalk.