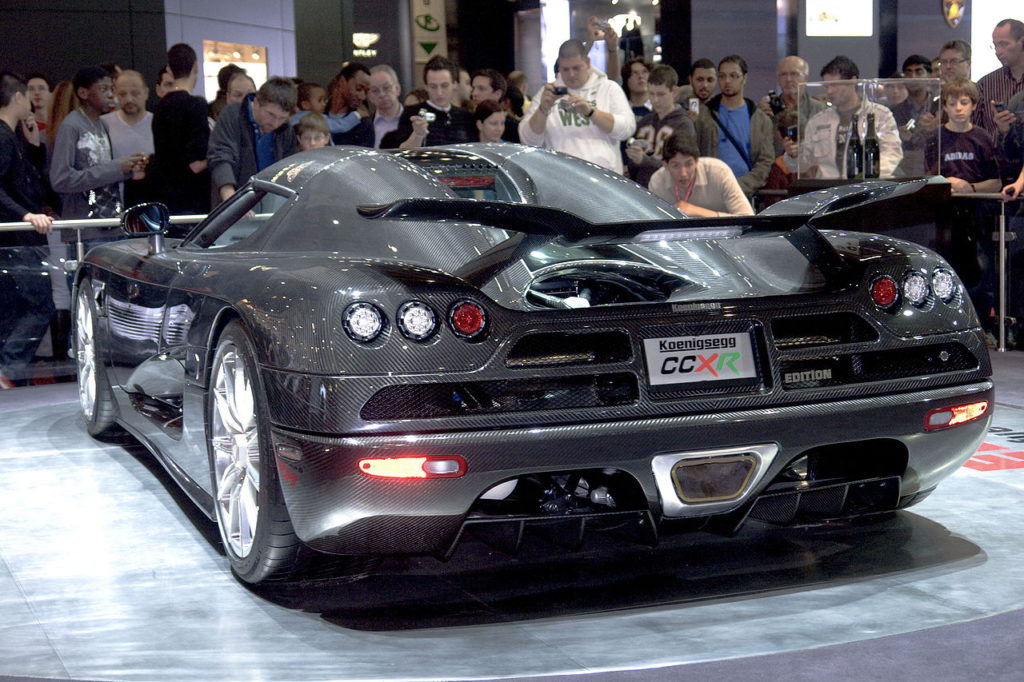 You’re an unashamed petrol-head on a mission to buy the most expensive motorcar in the world. With unlimited funds, where do you head? The answer might surprise you. With prices adjusted for 2016 in American dollars, a trip to your local exclusive car dealership might shock you when you see how much these supercars cost. Here is a list of the most expensive cars in the world today.

Koenigsegg CCXR Trevita: – At a mere $4.8 million, it was manufactured by a Swedish company. Why so expensive? The resin used to bind the carbon fibres is impregnated with diamond dust. For the power buffs it has a dual-supercharged 4.8-liter V8 producing 1,004 horsepower and 797 pounds of torque. Whether they ran out of diamond dust; or the expected interest just didn’t materialise who knows – but only three were ever built.

Okay, so we’re still talking pocket-money. In that case we need to look in other directions.

Ferrari 250 Testa Rossa: – this 1957 model was sold at auction in 2011 for $16.4 million, the equivalent today of $17 million. This particular model won the Le Mans 24 hour endurance race in 1958, no doubt adding to its value. As with the Ferrari’s of today, this model was considered to be at the cutting edge of automotive technology, and is a vehicle highly sought after by collectors.

Bugatti Royale Kellner Coupe: – This elegant old lady last changed hands in 1987, for a mere $9.8 million, in today’s money that’s a big $20.1 million. Of 1931 vintage, it was the epitome of classy, luxurious motoring which still turns heads today. A classic motorcar which wouldn’t look out of place in the motorcade for next year’s Royal Ascot meeting.

Ferrari 275 GTB: – In 2015, this 1967 Ferrari 275 GTB/275 GTB/4 Spyder was sold at auction in California for a massive $27.5 million. This particular model is one of only 10 special offers made for exclusive dealerships back in that year. The Ferrari has always been a much sought after brand, and seems set to stay that way for years to come.

Mercedes-Benz W196: – In July 2013 this 1954 Mercedes went under the hammer for a staggering $29.6 million. As a Grand-Prix car, out of a total 12 races, it won 9. With only ten models still registered anywhere in the world, its collectors value seems set to increase for the foreseeable future.

Ferrari 250 GTO: – How does $38 million sound? A little more than pocket money by anybody’s standards, this 1962 Ferrari was sold by Bonham’s auctioneers in 2013. The most expensive car in 2016, it was the 19th 250 GTO ever built. Its rather chequered history probably had something to do with the amount it made through auction. Having been placed second in the 1962 Tour de France, it was involved in a fatal race crash the following year and written off. Years after its total rebuild it found its way to Bonham’s Auction House.

Whether you want to spend your millions on vintage or classic cars, or peruse the local dealerships, before making a decision, check out a few driving experience days. Worldwide there are organisations and car dealerships where you can book the vehicle of your choice, and put it through its paces. Why risk all those millions, when what you fall in love with, might be the humble Toyota Yaris.