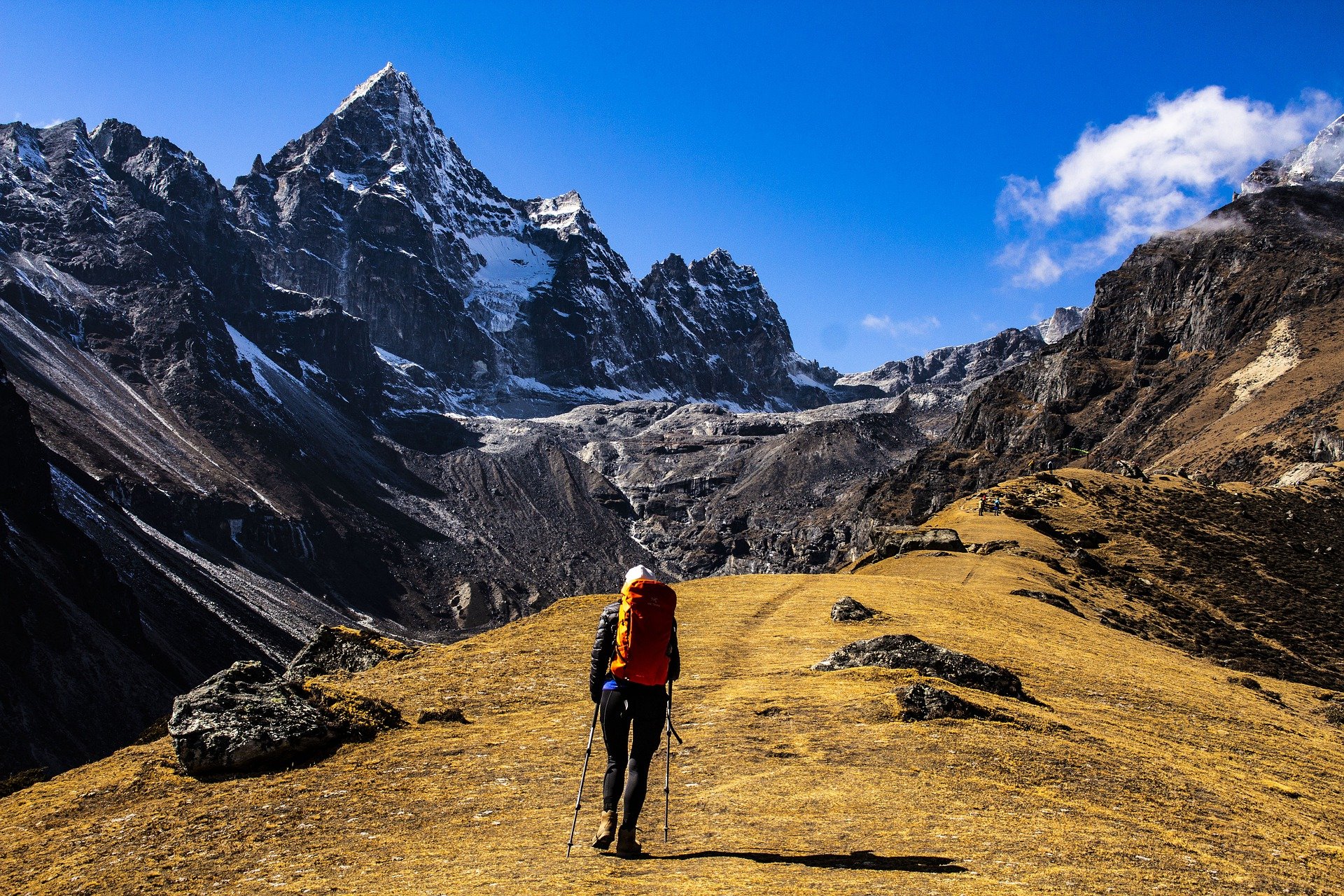 Nepal makes up for its lack of area with its encompassment of colossal height. Nepal is the country with the most extensive altitudinal range on the planet. Generally divided into three major geographical belts, Nepal consists of plain fertile lands, hills, and mountain topography, all within a relatively small area. The world’s tallest mountain- Mount Everest, is a famous destination worldwide, visited by thousands of travelers from all over the planet every year. First climbed by Tenzing Norgay Sherpa and Sir Edmund Hillary in 1953, Mount Everest has gained a steady amount of popularity among mountaineers. A significant source of the country’s tourism revenue, the Everest Base Camp Trek is perhaps one of Earth’s most famous and sought-after trekking journeys. The inclusion of the Khumbu region’s cultural, natural, and Himalayan appeal makes it a pretty beguiling prospect. The Everest Base Camp Trek holds its place on many bucket lists, which is achievable by people of all demographics and relatively cheap to do.

The various aspects of the Everest Base Camp Trek

The trip to the base camp of the world’s tallest peak is not only visually appealing with one of the gorgeous landscapes in the world, but it also presents a wide variance of Sherpa and Buddhist culture. Observing and interacting with the local mountain people and looking at their way of life in such a secluded region is a very humbling experience. As one travels through the mountain villages, people greet you with a warm “Namaste”- a Nepali form that resembles greeting the God within people. Yak herds and mountain goats trudge along vast pastures at the lowlands, with the sight of terrace farmlands greeting the eyes at regular intervals. The terrain changes become dramatic when the farmlands and woods are replaced with barren snowy acreages and rugged boulders rising from the land at higher altitudes. The distant view of the mountain peaks from the trekking trail makes the journey a breathtaking ordeal. Various famous towns and villages make their appearance within the trekking journey, like Namche Bazaar, Tengboche, and Dingboche. Wooden and suspension bridges allow walking past flowing white waters of the Imja River, and small chortens, gumbas, and Mani-Stone carvings align themselves at various spots throughout the journey. The swaying colorful prayer flags are also a constant prominence, along with beautiful rhododendron flowers. The natural aptitude of the Everest region is unparalleled, and its pulchritude is reflected beautifully in the woodlands and the floral and faunal presence at Sagarmatha National Park. The perfect harmony between the region’s natural beauty, its cultural and traditional elements, and the sense of accomplishment that grips trekkers when they finally reach the base camp makes the Everest Base Camp hike one of the most unforgettable trekking journeys.

The Best Time to Trek

The spring and autumn seasons are the best time to do the Everest Base Camp Trek. The Spring season takes full effect in Nepal from March to May and autumn from September to December. Spring season presents trekking trails decorated with blooming flowers, lush woodlands, an overall joyous atmosphere, and clear sights of the mountains. At the same time, autumn sees the clearing of the monsoon clouds and a temperature that hovers in the Goldilocks zone- being neither too hot nor too cold but just right. The Trek can also be done in summer and winter, but they are generally not recommended because of rain showers, mist, winter brumes, and unclear visibility.

Because of the popularity of the Everest Base Camp Trek, if you are trekking on peak seasons, then you will likely encounter many trekkers throughout the journey. Peak seasons also result in the guesthouses being crowded with trekkers. The options of group trekking and solo trekking are both availabilities during the journey. If you want to be in the company of other trekkers, then group trekking would be the best for you. But if you would rather have the trekking trails and the time in the mountains to yourself, then solo trekking can also be done. It is important to keep in mind that both solo and group trekking involves the presence of a guide. Hiring porters is also a good option. Not only does hiring porters in the mountains help the people’s economy by providing them with a job, but it also makes it easier for you while trekking.

Physical Fitness for the Trek/Dealing with Altitude Sickness

Anyone can do the Trek to the Everest Base Camp, but it helps immensely if you have an excellent physical fitness level. Generally, cardio exercises like running, jogging, power-walking, cycling, or swimming help raise one’s stamina and prepare the body for the long hours of uphill trekking during the mountainous journey. Altitude Sickness is another ailment that befalls trekkers. This happens when the body is unable to adjust to the high altitude. That is why acclimatization is essential. During the Everest Base Camp Trek journey, Namche Bazaar is a famous acclimatization area where trekkers stay for about three days to adjust to the high elevations properly. The altitude sickness also varies from person to person. Taking altitude sickness medicines like Diamox from the very start of the Trek also helps. It is also mandatory for trekkers to have travel insurance covering helicopter rescue and emergency services in the mountains.

Essential packing for the Trek

It is highly recommended to pack lightly as this will result in fewer hassles later on during the journey. Aiming for a maximum amount of 10 to 15 kg is recommended. Warm clothes are a given as the temperatures at high altitudes always lean towards the colder side. Fleece jackets, light-weight thermal tops, gloves, and woolen hats, and hiking pants are the best way to go. Sleeping bags and good trekking boots are also essential. Accessories include Polaroid sunglasses, daily toiletries, good sunscreen, tissues, and wipes. Generally, the guide tends to carry a first aid medicine kit during the Trek, but if you have any medicines that you think would be essential, then you can take them too.

During the Trek, almost all of the guesthouses provide both vegetarian and non-vegetarian meals. However, the staple food during the Trek would be Dhal Bhat (Rice with lentils). Not only is it super nutritious, but it is available everywhere. Drinking water is presented in two options. Because the tap-waters in the mountains are not suitable for direct consumption, trekkers are either required to buy bottled drinking water from the teahouses in the mountains or use water-purifying methods like tablets or pumps. The environment should use water filtration methods than just buying bottles of water and then discarding them.

While a pleasant experience filled with gorgeous mountain views, amazing villages and people, and spectacular natural beauty, the Everest Base Camp Trek can still present demanding challenges. It is essential to be mentally and physically prepared to undergo the Trek. But the overall dulcet of the journey is amazingly remarkable.