American employees spend nearly three hours every week dealing with conflict. These disagreements can significantly lower employees’ morale and productivity. They’re also detrimental to a company’s bottom line, costing U.S. companies approximately $359 billion every year. No one wins when a workplace is in conflict. Take these steps to minimize disagreements in your office. 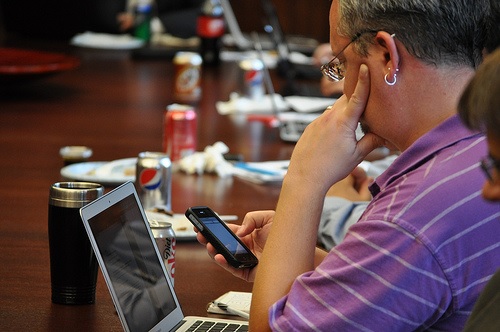 Miscommunication is at the root of many workplace conflicts. Working with colleagues on common projects provides the ideal breeding ground for these communication problems. For example, according to AtTask research, 64 percent of employees say that confusion about who is expected to complete specific tasks creates conflict within their workplaces. You can nip such problems in the bud with project management apps.

These apps let team members post details about projects, each member’s responsibilities, their own progress, deadlines, any questions they have, and much more. Because everything is written down and shared among the team, there’s no excuse for being out of the loop. Leading project management apps such as Basecamp and Trello are compatible with most modern smartphones, such as the Galaxy S7 edge, so users can work with them when they’re in the office, while telecommuting, or after hours. The S7’s 5.5-inch Quad HD Super AMOLED screen allows for clear display of a variety of graphs, charts, and text.

Workplace conflict often occurs when two parties talk at each other, speaking but not listening to what the other person or group says. Changing this destructive pattern and focusing on listening shifts the relationship’s dynamic, moving it away from tension toward productive engagement.

Consider how you feel when someone listens to what you have to say. You feel understood, valued, and respected. Such positive feelings create a mindset in which conflict is virtually impossible.

Engaging in active listening is one of the best ways to show that you’re paying attention to your colleagues. Be quiet while the other party is speaking, then repeat back the key points made to ensure that you’ve got the message right. Businesses could consider running seminars or workshops on communication and listening to help employees master these important skills.

According to an AtTask study, nearly 30 percent of employees believe that conflicting priorities are the leading cause of workplace conflict. Businesses can minimize the risk of friction surrounding this issue by clearly clarifying their priorities. Clear conversations during task assignment can help workers understand which jobs have the greatest need. During these chats, employees can ask questions about how the new job’s priority compares to work already in progress. This helps them plan their workdays, stay organized, and meet their employer’s expectations.

You’ll often sense that a situation could escalate into conflict before it heats up. When you determine that a problem is brewing, stop to think about whether the fight is really worth it. If the issue will significantly affect your work, then by all means — stand your ground. But if it’s a small blip in the scheme of things, walking away can be better for your mental health. Politely dismiss yourself, perhaps by stating that you’d like to go away and think about the issue or that you think it’s not worth arguing about, before getting back to your work.

The majority of workplace conflicts come from innocent misunderstandings and natural personality clashes. However, a small percentage can be attributed to the actions of troublemakers. These people love the drama of conflict and will engage in harmful workplace behaviors such as gossiping and spreading rumors to incite problems in their offices. These employees must learn that their actions will have negative consequences. Once they do, they will be less likely to initiate workplace conflict.

Official workplace conflict guidelines can help deter troublemakers. The guidelines should include steps for reporting conflict, actions for resolving it, and the consequences for causing conflict. These consequences might include formal warnings and dismissal for repeated offenses.

You can employ some of these strategies on your own, whereas others will require a conversation with your manager. Stress the importance of reducing conflict in your office, and your boss is likely to be on board. After they are implemented, you and your colleagues can start enjoying time at work that’s calmer and free of conflict.