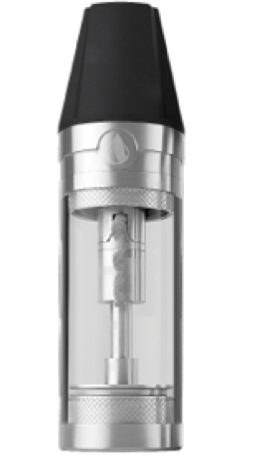 I’ve smoked for about 20 years now and to be honest, it’s time I quit. But I haven’t really tried yet as I like the physical act of ‘going out for a fag’ too much. I don’t think nicotine gum or patches would work for me, so when a friend told me he had completely cut down by using his vaporiser pen, it seemed like the perfect solution.

He got it from V2, a US-based E-cigarette and vaporiser manufacturer. I had a look on their UK website and found they’ve got a new 3-in-1 vaporiser pen out which looked pretty good, so I ordered the standard package. That includes the V2 Pro Series 3 vaporiser pen, along with a magnetic e-liquid cartridge, magnetic USB charger and a wall adapter.

The pen is a great design as I can choose to vape e-liquid, loose leaf or wax, so I guess it would be suitable for heavy or casual smokers.

I was pleasantly surprised to find V2 has a UK website and customer service team, so when the pen arrived in the post, just three days after I’d ordered it, I was really pleased. I had been worried that the pen would look cheap but it looks smart and expensive.

The manual says that then pen should be fully charged for around 2.5 hours before the first use, but I found it was actually ready to use in just over half of that time.

Unlike other vape pens with the usual threaded accessories, the Series 3 opts for a magnetic coupling design.  It’s pretty cool as it quickly and easily attaches the battery cartridge to all the accessories that make vaping with the different ingredients possible.

Another feature I like is the red flashing charging light at the bottom of the Series 3 which goes blue when it’s ready to use. Plus, you can vape while it’s charging!

The pen is about the size of a large biro but not too bulky and the weight is ideal. I chose the black colour but I noticed it also comes in stainless steel and blue. The vape button is flush to the pen, so I didn’t need to worry about it going off in my pocket. I’m also keen on the mouth piece, which is hard plastic.

And then there’s the vapour. It’s amazing. I got 25ml of the platinum e-liquid, in the v2 cherry flavour. The vapour was fruity, which is helping me to cut down on cigarettes. Holding the button for one second was enough for a satisfying feeling.

Filling up the e-liquid cartridge is easy as the e-liquid bottle has a small nozzle. If you’re careful you can easily make sure no liquid drops into the centre post of the cartridge.

The different vaping ingredients have their own cartridge and the pen recognises which vape type is which. It’s also really easy to swap them in and out, thanks to V2’s fab magnetic technology. I’m just about to start the wax cartridges because my experience of the e-liquid is really positive.

Overall, I’m really pleased with the Series 3 and I think other beginners would enjoy using it too. I got 13 vaping sessions out of it before I had to charge it up again. Seasoned users would enjoy the great vapour produced and I believe it’s helping me to cut down on smoking. Heavier users may find they need to charge the battery up more but I think they’d love the quality of the pen.