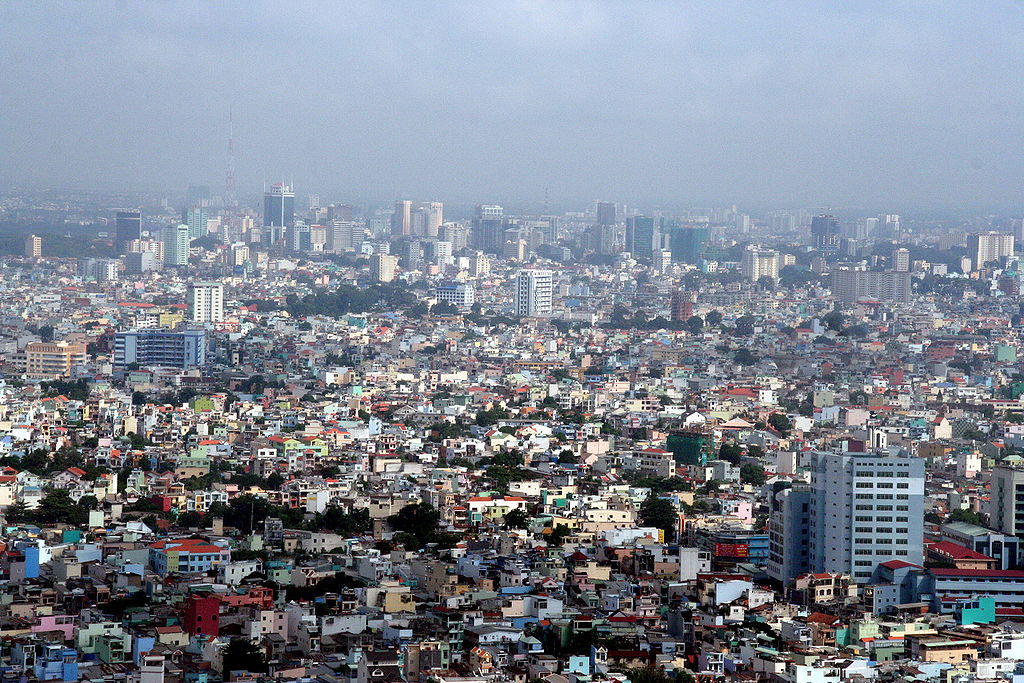 Ho Chi Minh City is known in Vietnam as Thanh Pho Ho Chi Minh. This is the biggest city in Vietnam (and one of the biggest in Southeast Asia), as well as being its center of commerce. It is not, however, the capital, which is Hanoi. The city sits on the banks of the Saigon River, and most people still know it as Saigon, although it changed names in 1986.

The city is truly unique, in as such that it has French empire architecture, Soviet housing blocks and modern commerce, including glitzy clubs and bars, flash hotels, fine restaurants and designer shops. Here’s what to expect when visiting Ho Chi Minh City…

Unfortunately, while Ho Chi Minh City is a wealthy city for the lucky few, it is also seriously stricken by poverty for many others. Travel through the city and you will see many children trying to sell cigarette lighters, lottery tickets, postcards and books.

You will spot veteran victims of the Vietnam War, missing limbs, pulling themselves on trolleys. Prostitution is also very common in the city. Needless to say, pickpocketing is rife here, something that you will be made aware of if you visit the city on a Viking River Cruises organized trip.

Hanoi is a mellow and romantic city. Ho Chi Minh City is its opposite. Sounds and sights currently attack your senses. There is constant construction work going on, which you will hear everywhere. Additionally, traffic is incredibly busy.

Yet, strangely, this is something that does not seem to bother the people of the city, who have created a mix-match of traditional farmers, wealthy school kids, hipster youngsters and more. Nowhere on this planet will you get as much pleasure out of people watching than here.

Simply pick a roadside café to sit in and watch life goes by. If you so much as blink, you will have missed something fascinating, be that a bike advertising noodles for sale, or one stacked high with little piglets.

Some 24 districts make up the city, but most tourists will only visit districts 1, 3 and 5. Expats often live in district 7, which is known as South Saigon or Phu My Hung. This is a very clean suburb, which seems to be completely out of place.

District 1 is the central area of the city, where you can see the Ben Nghe Channel and the old colonial French architecture. Most people still refer to this district as Saigon. Travel onwards to the Dong Khoi district for the beautiful museums and colonial remnants.

Seeing everything, which would include the Ho Chi Minh City Museum and the War Remnants Museum, or any of the other sites commemorating the Vietnam War would take a properly organized trip.

Do try to visit the city in the dry season, which is between December and April. If you go between May and November, which is the wet season, you will be caught out by tropical storms. You can still travel through these, but it will be a lot less comfortable. April and May have the hottest temperatures and the year round averages are between 26 and 29 degrees.