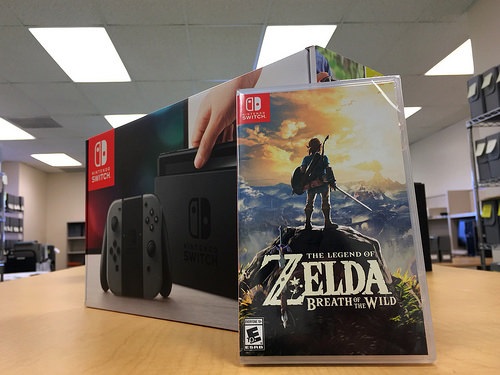 The Nintendo Switch had quite a successful launch at the start of March, but discussion and debate about the system continues as more information becomes available regarding it. One interesting report in recent weeks suggested that games for the console will always be priced more expensively than those for rival systems like the Xbox or PlayStation.

According to Eurogamer, the cost of manufacturing the physical cartridges for the Switch is significantly higher than producing the same games in other formats, with the costs creeping even higher when a higher amount of storage is needed. Another twist is that downloadable versions are available at the same exact prices, as gaming companies clearly do not want to harm physical sales by pricing downloads lower.

This has reportedly led some developers to only make games available online, with a view to ensuring prices are kept the same across platforms. All of this is just the latest chapter in the debate around whether buying actual physical games is a thing of the past, and whether a more virtual gaming or digital download option is better.

The internet has led so many parts of the gaming industry to rethink its offerings in recent years. Gambling, for example, used to revolve around the physical act of going to a betting shop, casino or bingo hall to participate. However, an ever-growing number of online services now offer mobile and web-based casino gaming. Some go a step further: for instance, mFortune makes the experience fully mobile by offering casino or mobile slots pay by phone bill options. Doing away with a need to enter players’ credit or debit card information is yet another level of doing away with the physical.

It is interesting to note that mobile gaming is now the biggest sector of the gaming industry, with figures released at the end of last year show mobile titles generated $40.6 billion in 2016 alone. This is even more impressive when compared to $35.8 billion from PC gaming and just $6.6 billion from console gaming.

The likes of Pokemon Go will have undoubtedly had an influence on this, with many people now simply being drawn to downloading apps in order to get a gaming fix to pass the time. After all, why head out to buy a new console or physical piece of kit if you have a smartphone which can offer the experience you crave? 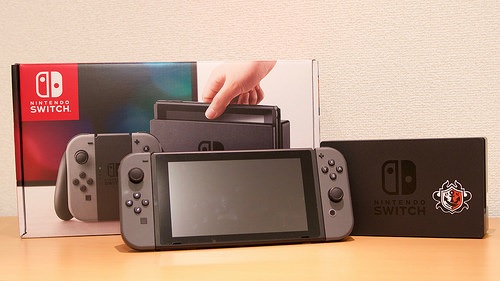 “Loot of the day: Nintendo Switch” (CC BY 2.0) by whileimautomaton

It would of course be wrong to simply dismiss the Nintendo Switch just because of the cartridges it needs. But recent reports do hint at the end of people buying physical games to put in machines. After all, an estimated 1.5 million Switch consoles were bought in the first few days after its launch, so not everyone is simply choosing to focus on gaming on their mobiles just yet. Plus, the Switch famously can turn into a mobile console itself.

However, it is clear that there remain many questions around whether there really is a future in the traditional, physical form of gaming. If producing cartridges for the Switch proves too expensive, it could be the clearest sign yet that the days of pulling a game off your shelf, opening the box and putting an optical disk or even a cartridge in your console could be coming to an end.