There are 12 cities in Brazil poised to host the world’s greatest sporting event, the 2014 football World Cup.  Brazil is synonymous with football, the A Seleção, as the Brazilian national team are known, are the world’s most famous and successful national team ever. Yet there is more to Brazil than football, lets take a look at some of the cities and what they have to offer the football fan who ventures away from the stadiums. 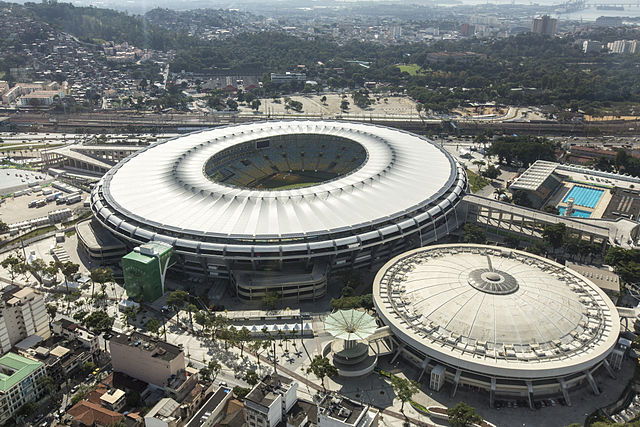 Rio is one of the world’s most famous cities thanks to part to the carnival which carries its name but also because of its unique place in footballing history. The Marcana is iconic and online gamers will be pulling out the stops to get to South America because Brazil will host this year’s World Cup Final. Away from football though, Rio has much to offer the football fans who wants to experience the city’s rich and lively nightlife.

One bar which stands out amongst the hundreds of bars in Rio is the friendly neighbourhood bar of Bar Brasil in the Lapa district of the city. The bar is very much a snapshot of what Rio was like 60 years ago, when Rio was the capital of an emerging Brazil. Opening in 1907, Bar Brasil’s high ceiling, white tablecloths and quaint old-school waiters very much give the impression of a chic and glamorous past.

Sao Paulo is to host the World Cup opening ceremony and the first match of what promises to be an exciting tournament. Featuring the host nation, the stadium in Itaquera will host six matches in total , including a quarter- and semi-final. Away from the stadium the average football supporter will do well to enjoy some of the finer things in life, such as frequenting Speranza pizza house, one of such establishments in the city of 19 million people. It is estimated one million pizzas are consumed in Sao Paulo everyday. Speranza opened 50 years ago and is the pizza joint for those trendy Paulistas – try the house speciality, the simple yet delicious Margherita.

Home to a top Brazilian team, Sport Club Internacional, the fully refurbished Esatdio Beira-Rio will have a capacity of 51,000 and host five matches during the World Cup. Its impressive location is unique in Brazil, on the banks of the Guaiba and actually located inside a park. While the football is the top attraction this summer in Brazil, the discerning supporter will be remiss to not visit the neighbourhood of Cidade Baixa. This old neighbourhood is filled with historical buildings and grand mansions, while the cheaper (read cool) bars can be found on Lima e Silva Street.

The Amazon rainforest is not your usual location for a World Cup match yet in Manaus it positively inspired the new Arena de Amazonia, for city is encircled by the mighty Amazon. The 44,500 capacity stadium will host four games and its designed is said to resemble an indigenous basket as well as being one of the greenest stadiums of the World Cup.  Close to stadium and recently closed because of the renovations to the area for the World Cup is Laranjinha, a great stop for beer, burgers, live music, as well as a cheeky little gamble – expect this joint to be pumping during the World Cup.